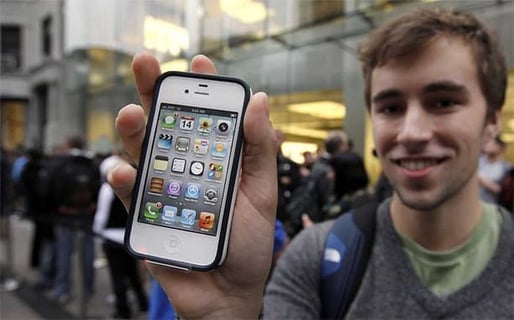 Getting a number from an attractive member of your preferred sex is always nerve-racking, but it’s doubly troublesome when you have to first figure out whether that attractive person is:

Figuring all this out may be a little tricky, but it’s hardly impossible.

Is he gay or straight?

This is the first question you need to answer before you get a guy’s number. Sometimes it will be difficult to tell and sometimes it won’t. Context tends to play a really big role here.

For example, it’s easier to know a man’s orientation when you meet him through friends, co-workers, family, or some other social structure.

While it can be difficult to know a man’s orientation if you see him in a coffee shop or meet him on the street, if he’s in with people you know, then all you need to do is ask those people which team he plays for.

If you meet a man in a social situation (such as a bar) but you don’t know the people he’s with, you can still ask them and they’ll likely to tell you.

Of course, if you meet a man in a gay-centered environment (such as a gay bar or club), then you have a pretty good idea of his orientation.

Still, always try and ask someone around him, as traditionally gay and traditionally straight environments are starting to blend together a lot more than they did five to 10 years ago.

Generally speaking, if you talk about your own love life or experiences in the dating world, in a casual and offhand manner, most other people, gay or straight, will follow suit with a similar level of specificity.

“Ask for a man’s number before the two of you are about to part,

and keep the conversation going after you get his number.”

Is he attracted to you?

After you’ve determined your man is gay, it’s time to figure out whether he’s interested in you.

There are a million little tells you can pick up on to see if a man likes you or not, but instead of confusing yourself trying to memorize and remember all of them in the moment, pay attention to the following signals.

1. Is he staying physically close to you or keeping his distance?

The closer a man will get to you, the more he likes you. There are some shy guys who will remain physically closed off even if they like you, but overall, proximity is a good indicator of interest.

2. Is he continuing to talk to you?

Yes, some people are friendlier than others, but generally speaking, as long as a man continues to speak with you, even if you give him an out not to, then he likes you and is interested.

This is the easiest part of the whole experience. If you know a man is gay, and if you know he’s interested in you, then asking for his number will be easy.

Be simple, be direct, and be light about it. Instead of getting very serious, just ask “Would you want to get a drink or a cup of coffee some time?”

It doesn’t need to be more complicated than that, and often if you try to complicate it further, you will simply fail.

As a final note, ask for a man’s number before the two of you are about to part, and continue to talk to him and keep the conversation going after you get his number.

Doing so makes the whole thing feel more natural and comfortable than if you just went for the number right away and then ran off.