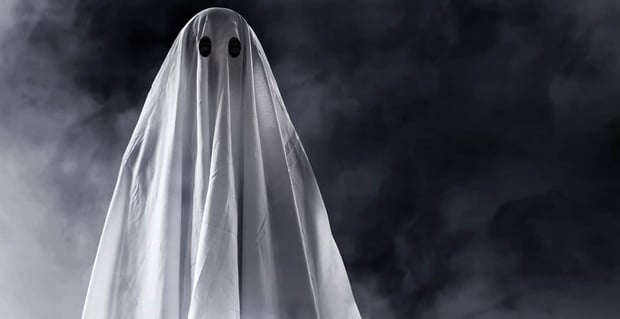 When I heard that Merriam-Webster had added the term ghosting to its dictionary in 2017, I wasn’t surprised.

For years, there’s been an epidemic of bad behavior when relationships of all kinds abruptly end. These days, couples are breaking up by disappearing and not returning calls or texts. They’re ghosting, big time. According to Plenty Of Fish, 80% of millennials have been ghosted.

In the online and mobile dating world, ghosting has taken center stage. One day, you’re on an emotional high where you’re in a groove chatting back and forth with someone you like. Then another day you find out that person either unmatched with you and disappeared, or he or she just stopped replying to your messages.

According to a Pew Research survey, a majority of singles think dating sites and apps are a good way to meet someone, so if you’re single, you need to be actively using a dating site or app (or even two or three).

If you’re confused about how to handle it when you’ve been ghosted on a dating site or app, here’s your cheat sheet to help you through the digital pain. Learn this because, if you’re dating, it will happen to you.

Remember, there are millions of singles using dating apps, and most are chatting with multiple people at a time. This abundance of choice may seem exciting at first. But, after a while, some conversations go cold.

When someone ghosts you, it can be for a lot of reasons, so don’t agonize over it.

When this happens, it could be for any reason, so don’t agonize over your messages and character count because it’s not all about you. Maybe the timing was off. Maybe he got back together with an ex, or perhaps she connected with someone else on the app and didn’t want to hurt your feelings.

If you must know why someone stopped communicating with you — maybe his dog chewed up his cellphone — you’ve got one shot at reaching out. Then it’s your time to disappear.

Here’s how I handled it when someone I thought had ghosted me after a few weeks. My message wasn’t accusatory, and I wasn’t angry. I was just curious and thought he was a good guy, so I sent a text that said:

“Hi! I hope you’re OK, and apparently you’re ghosting me! ?” I added in the ghost emoji to keep it fun and flirty, and to make sure I didn’t sound needy.

Send one last text that’s flirty and fun, and simply ask them what’s up.

What happened? My alleged ghoster replied within a few hours, and said he was OK. He added:

“As far as the ghosting, until seeing your text, I was of the belief that you weren’t interested in me. If that’s not the case, I’d love to see you.”

That was a pleasant surprise, which shows that you shouldn’t make assumptions about why someone stops communicating with you, or imagine that he or she has found someone better. You also can’t ask for closure for a perceived breakup because, chances are, your relationship never had a definition.

One thing I know for sure is that a lot of ghosters will try to leave the door open for other opportunities with you in the future.

Taking the high road after getting ghosted isn’t always easy. After you send one message a few days or a week after you’ve been ghosted, you can’t send a follow-up message because, trust me, they’ve seen your text.

Sending multiple messages after not receiving a response won’t help the situation.

There’s a golden rule about double-texting: When in doubt, don’t.

What this means is you’ve got one shot at reaching out. If you send a second text saying “What’s up? or “Hey, thinking of you,” it will probably backfire, and you may appear to be needy. Instead, send that one text only, and then delete the ghoster’s digits so you won’t be staring at your phone like a zombie.

4. Don’t Beg for an Explanation

Demanding to know why someone has ghosted you will only make you feel bad about yourself, and you really don’t want to hear “It’s not you. It’s me.”

Instead, I recommend that you talk to your friends, go to a party, or write a message and send it to yourself. Whatever you do, don’t ask what happened because, if the ghoster wanted you to know why they stopped communicating, they would have let you know.

Sometimes you do get an explanation without asking. One day, I received a message from a guy who I’d been chatting with briefly on Bumble. I didn’t even realize I’d been ghosted, but, after two weeks of no contact, he sent a nice message that said:

“Hey! I just wanted to check in and let you know that I recently connected with somebody, and we are spending time together. So: A) I guess maybe this works or B) I will check in again if it doesn’t. All the best to you!”

Try to do things to take your mind off the person who ghosted you.

I don’t know who his new girlfriend is, but she’s a lucky girl, and he’s a stand-up guy. Oh, and what did I say about ghosters leaving the door open if it doesn’t work out?

“Thank you for your message. I really appreciate your honesty instead of ghosting.” Like a real gentleman, he didn’t reply, and I assume he hasn’t logged back into the dating app while he’s enjoying his new relationship status.

Because most dating apps are location-based, some identify how far away the ghoster is from you or in the city where he or she last logged in. It can become crazy-making, but logging in to take a peek at their profile after being ghosted is a huge mistake.

On the dating app, unmatch with the person who ghosted you so you’re not tempted to check and see when he or she last logged in.

How can you move on if you’re obsessed with their profile status? You can’t, so the best solution is to send them to digital heaven, and click on the “unmatch” option in the app.

You may end up getting rematched, but, by the time that happens, wouldn’t it be great if you’ve met someone else you like better? Swipe right, which takes us to the next tip.

Your friends are only going to be supportive for a few days, not a few months. So, if you’ve been ghosted on a dating app before your first meeting or after you’ve met, you have to let it go.

You can lean on friends and family for support, but you should put in most of the work in terms of moving on.

Putting all of your eggs into one digital basket with one person isn’t the best approach to dating apps.

Everyone needs to chat with multiple people. If you’ve been doing that, increase the chat frequency with the other few who were lingering on your phone so you won’t focus on the ghoster.

Dating app interest peaks on the same day, and in the same hour, that you exchanged your first messages. So, if someone sends their number to call (and singles still do this), don’t wait until the next day to reply.

Playing hard to get doesn’t work like it used to.

Playing hard to get doesn’t work in today’s digital landscape, where the next exciting person is just a swipe away. I say seize the moment, and, if neither of you has plans that evening, schedule a casual meet-and-greet because, if you don’t, someone else will.

The old saying that you should treat people the way you want to be treated holds true. If you don’t want to get ghosted, then stop ghosting people when you start to lose interest.

It may be awkward to message, text, or tell someone why you’re not interested in them, but it’s the polite route to take.

Be like the person in my fourth tip who lets people he’s chatted with know the reason they’re no longer in touch. If more people would behave that way, we could start a tremendous anti-ghosting campaign.

It Happens to the Best of Us!

If you’re still obsessing and upset about the person who’s ghosted you on a dating app, take a break. We all need a digital detox day from time to time, so log off for a few days, weeks, or even a month.

By the time you return, you’ll be in a better place and will start getting matched with new people who found themselves single, whether they were ghosted or not.

Serious or Serial Online Dater? How Many People You Should Date at Once

Stop Saying You’re Chivalrous in Your Dating Profile – You’re Not.

15 Tips for the First Online Date (Advice From the Experts)

Should You Send an Online Dating Follow-Up Email?