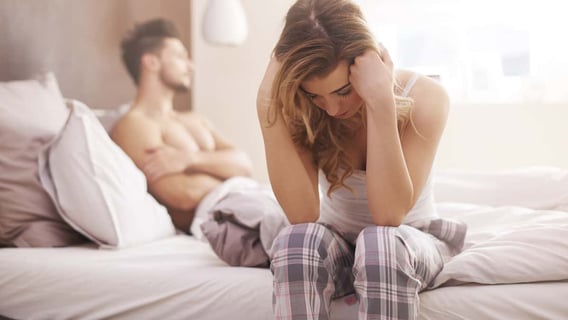 Just how important is the quality of a person’s sex life? Is it important enough to end a relationship over?

In DatingAdvice.com’s new study, nearly one-third of Americans said they would end a relationship if the sex was unsatisfying.

Gay respondents, divorcees and African-Americans were the most likely demographics to break up with a partner for unsatisfactory sex.

Gay men and lesbian women were 50 percent more likely to leave a sexually unsatisfying relationship than straight men and women.

“One-third of Americans would end a

relationship if the sex was unsatisfying.”

Gina Stewart, a DatingAdvice.com expert, said sex is a crucially important component of a relationship to many Americans.

“While some think satisfying sex between two lovers can be developed, others believe sexual chemistry either exists or it doesn’t,” she said. “This study mirrors those attitudes, with a significant portion of people either unwilling to work at an unsatisfying sex life or believing such a relationship is doomed.”

In terms of age, older Americans had some of the lowest responses, as just 24 percent of respondents aged 65 and older approved of this behavior versus 32 percent of those aged 35 to 44.

Geographically, there doesn’t appear to be a huge difference depending on what part of the country someone lives in. However, those in the Northeast and Midwest appeared marginally more open to the idea than those living in the South and West.

The findings also show wealthier Americans are torn about their feelings with this issue. Those earning $125,000 or more a year had a 72 percent lower likelihood of ending a relationship due to bad sex than those earning slightly less annually.

The Breakdown: Americans Who Would Leave If Sex is Unsatisfying