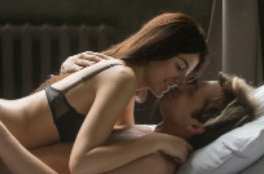 Several studies have been published on condom use, specifically looking for potential predictors like age, socioeconomic status or even religion.

A good bit of that research has been aimed squarely at men and the circumstances under which they will or will not have protected sex.

Now new research, which was published in the journal Sexually Transmitted Infections, is examining how this decision is made by couples even more than individuals and ways doctors can use that knowledge to better advise patients.

Researchers asked 2,144 men and women, each patients at a sex health clinic in Amsterdam, a series of questions related to their last four sexual partners.

The participants ranged in age, but about half were under the age of 25.

The research team looked for which types of men and women used condoms on a regular basis, as well an inconsistent basis and not at all.

What they discovered was couple-related factors far outweighed any individual issues that lead to safe sex.

“The longer a couple is together, the more

likely their condom use becomes ‘irregular.'”

For instance, condoms were used, according to the report, 33.5 percent of the time if the nature of the affair was casual. This versus just 14 percent for those in a steady relationship.

Further, the longer a couple is together, the more likely it was for their condom use to become “irregular.”

Interestingly, among both casual and steady couples, condom use was noted to become more inconsistent when both partners shared the same ethnicity.

“We found that when partners are more familiar with each other and when they are more alike, inconsistent condom use becomes more prevalent,” said researcher Amy Matser, with the Public Health Service of Amsterdam.

Matser recommends that doctors consider such variables when counseling couples and individuals on safe sex.