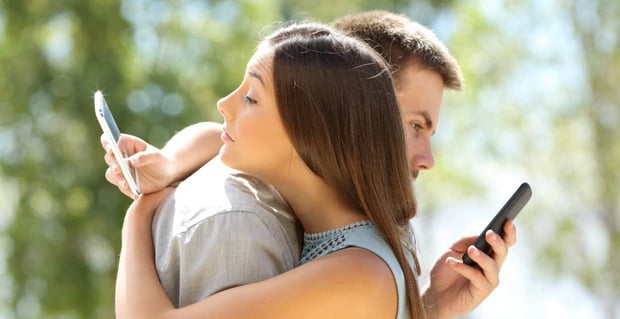 Are Hookup Apps to Blame for Recent Increase in STDs?

Next time you swipe right, you may want to invest in some contraception. As technology and social media continues to escalate, so do the threats to your health and safety.

While one could argue apps that promote the concept of online dating allow people to find lovers and friends, new research proves the disadvantages outweigh the benefits. People are beginning to care more about doing the deed than protecting themselves from diseases.

According to this new information gathered by Rhode Island’s Department of Health, sexually transmitted diseases are higher than usual in the state, largely due to hookup apps like Tinder.

People are turning to their phones to arrange casual and often anonymous sexual arrangements without any STD testing or protection.

As a result, STDs among young adults are growing at a much faster rate than the rest of the population; not just in Rhode Island but nationwide as well.

Between 2013 and 2014, HIV infections were up by 33 percent, gonorrhea numbers increased by 30 percent and cases of syphilis increased by 79 percent.

The Rise of the Hookup Culture

There’s a reason people keep saying “chivalry is dead” and “relationships don’t exist anymore.” These days all people do is “talk,” thus propelling our beloved hookup culture into mass popularity.

Rhode Island’s Department of Health correlates the rise in STDs with high-risk behaviors associated with this dating culture we now have. With the invention of more apps like Tinder and more individuals who are looking for easy, casual hookups with people they never have to see again, lives are in jeopardy.

Let’s remember we can’t just blame the apps; the people are the problem.

Tinder Isn’t the Only Culprit

Although Tinder is in the eye of the storm right now, social media and other online hookup apps are just as responsible for causing health issues for users.

Craigslist is to blame for a 16 percent increase in HIV cases between 1999 and 2008, according to a 2013 New York University study.

“The ease of seeking sex partners through classified ad sites may promote risky behaviors that increase transmission of STDs,” the researchers said.

Even Grindr, a hookup app for gay men, is linked with more than half of all syphilis cases in New Zealand in 2012. Thanks to dating apps like this, you can acquire an STD free of charge within a five minute span.

A Call to Medical Action

It seems advancements in medicine have been outdone by the accessibility these hookup apps provide.

Sure, it’s simple to whip out Tinder and have casual, unprotected sex with a stranger, but it is so much safer to get STD testing and use protection.

“These data send a clear signal that despite the progress we have made in reducing STDs and HIV over the years, there is more work to do,” said Nicole Alexander-Scott, MD, MPH, Director Designee at HEALTH.

The rise in diseases like syphilis and gonorrhea is a constant reminder of what this hookup culture has become and reiterates that we cannot grow complacent.