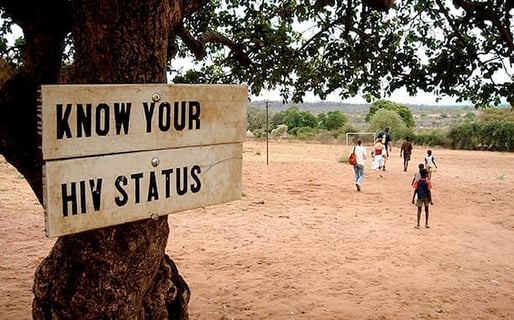 Unfortunately in the villages of sub-Saharan Africa, economic blows often come in the form of droughts.

A new study presented in the Economic Journal is breaking ground in confirming the correlation between financial hardships and the spread of HIV.

Researchers from UC Berkeley, Middlebury College and the International Food Policy Research Institute showed that preventing people from having shocks to their bank accounts could help from resorting to risky behaviors that spread this disease.

In the long term, the study’s co-author Kelly Jones and her colleagues are delving further into this issue to discover if helping both rural and urban women save more money deceases their risk of HIV. This is largely because the highest HIV rates are among women in agriculture and non-farming men.

Examining available data on HIV patients in 19 African countries, including the locations of the patients’ villages, they focused on where droughts had hit in the previous decade because of the financial shock they cause.

Examining available data on HIV patients in 19 African countries, including the locations of the patients’ villages, they focused on where droughts had hit in the previous decade because of the financial shock they cause.

The study’s results prove higher rates of HIV exist among villages in sub-Saharan Africa that had experienced drought in the previous 10 years. To make matters worse, there was an 11 percent increase in HIV prevalence for every drought in that time frame.

In the developing world, very few people have substantial savings — a huge reason why these droughts cause such a financial burden.

“When they have a bad week or a bad month, they often don’t have any way to cover themselves,” Jones said.

Commodities like better access to savings and credit, crop insurance and more drought-tolerant crops, the study says, could ease this burden and minimize the spread of HIV.

But because people in sub-Saharan Africa need a way to cope with the crises, they trade sex for support. Unfortunately this “transactional sex” raises their risk of becoming infected with the virus.

In addition, people who had experienced droughts in this study were 10 to 15 percent more inclined to cheat on their spouses.

Because people in sub-Saharan Africa need a way to cope with the crises, they trade sex for support, which raises their risk of becoming infected with HIV.

Although drought vulnerability is only part of the HIV puzzle that is sub-Saharan Africa, the researchers found it helped to explain about a fifth of the differences in HIV rates in this continent.

“To find a new factor that no one had thought of and already be explaining 11 percent, I think from a social science research perspective, that suggests that’s a pretty important factor,” said Edward Miguel, an economist from UC Berkeley.

Other than HIV, crime and political instability also grows after droughts, research shows. Jones said many people cannot smooth life’s ups and downs because they do not have access to the financial resources to help.

Whatever she and other researchers can do to help reduce the financial burdens of individuals like those in sub-Saharan Africa will have benefits in every aspect of life.