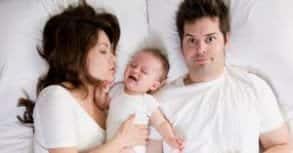 Can 15 Minutes of Post-Coital Cuddling Help Your Relationship?

New research from the University of Toronto Mississauga suggests cuddling after sex helps couples find their way to a more satisfying relationship and even a better sex life.

The report found how a couple interacts after sex can be a powerful predictor for how they view their partner, their relationship and even the quality of sex.

The study is titled “Post-Sex Affectionate Exchanges Promote Sexual and Relationship Satisfaction” and was led by Amy Muise, a sexuality and relationship researcher at UTM.

Researchers conducted two online surveys, one with 335 individuals and one 21-day study with 101 couples.

The results from the first study group show most couples engage in additional affections for about 15 minutes following climax.

However, participants in the three-week study remained affectionate after sex for longer than that average.

Muise said she was looking for a link between relationship satisfaction and any post-sex affection, including kissing, holding, caressing and communicating.

“When people think of sex, they tend to be focused on intercourse or orgasm,” she aid. “This research suggests that other affectionate aspects of sex are important for sexual and relationship satisfaction.”

“How a couple interacts after sex can

be a predictor of their relationship.”

Those who spent more time being affectionate after sex reported greater satisfaction levels in terms of the sex, their partner and the relationship itself.

Furthermore, cuddling was shown to make a difference some three months later when a follow-up survey found those couples to still be reflecting higher levels of satisfaction overall.

According to Muise, the frequency of intercourse did not deter couples from seeing the benefits of added affection. An increase in satisfaction was still seen among couples who make love less often.

The results are perhaps most interesting for couples with kids, where the improvements in satisfaction levels were even more dramatic than among childless couples in the study.

As Muise puts it, “Parents often have less time for sex and romance. Time spent cuddling after sex had a stronger impact on their relationships than it did for non-parents,” she said. “It is possible that additional bonding time after sex is even more important for couples who may face challenges finding time for intimate connection.”