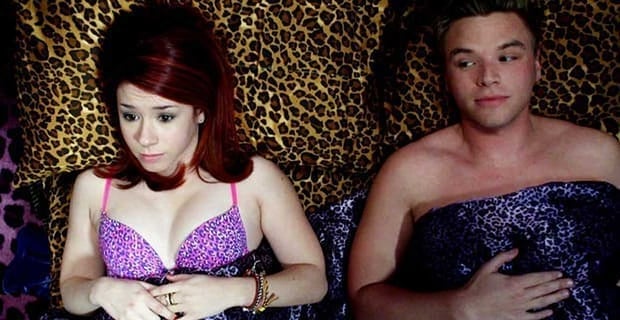 Most dating experts discourage their clients from having sex on a first date, but can it even prevent you from forming a relationship?

DatingAdvice.com’s new exclusive study found 74 percent of Americans have not had a relationship of one year or more after having sex on a first date.

Women, younger Americans and Asians were among the most likely groups to answer in the negative.

More than four in five women said first date sex did not lead to a relationship compared to almost seven in 10 men.

At 85 percent, Americans aged 18 to 24 had the highest response. On the flip side, only 66 percent of Americans aged 45 to 54 said first date sex never turned into something more.

Asian-Americans had the second highest response, as they were one-third more likely to have never experienced this scenario than Hispanic-Americans.

“Seventy-four percent of Americans have

not had a relationship after first date sex.”

In terms of marital status, income and region, the numbers vary slightly.

Three in four married respondents have never had a relationship come from first date sex versus seven in 10 divorcees.

The least likely demographic to answer in the negative was homosexual Americans.

Forty-nine percent of gay men and lesbian women have never been in a relationship with someone they slept with on a first date, but 76 percent of their straight counterparts have never.

DatingAdvice.com women’s dating expert, Rachel Dack, said the study clearly reinforces the idea that sex early on in a potential relationship, specifically on a first date, does not lead to long-term commitment and relationship success.

“This is a concept that is important to consider and understand, as it is common to believe sex leads to the emotional intimacy many singles crave,” she said. “If you want a long-term, healthy, committed relationship, this study is another stop sign saying take it slow.”

34% of Americans Have Had Sex On a First Date