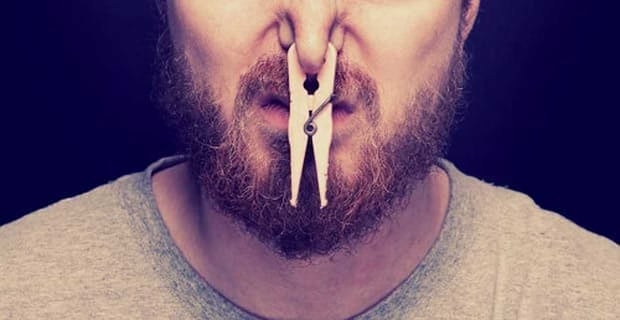 While good looks tend to get all the press, smell may actually play a bigger role in relationships.

That’s according to a new study published in the Journal of Biological Psychology. The study focused on individuals who were born without any sense of smell, finding they fared worse in their dating lives than the average individual capable of smell. Research showed an individual with anosmia, the inability to smell, may experience as little as 20 percent of the success a man with a normal sense of smell might receive.

The study also found that men with an inability to smell had 80 percent less sex than men who can smell. The average man surveyed had 10 sexual partners, while the average anosmiac male had only two.

While the negative impact of anosmia was most pronounced in male subjects, women with the condition also experienced increased problems with their social life, greater difficulties finding love and higher insecurity levels than the average woman.

“The study found that men with inability to smell

had 80 percent less sex than men who can smell.”

Thomas Hummel, researcher at the Smell and Taste Clinic at Dresden University, interpreted the data by stating that men and women with an inability to smell “don’t know whether they have had bad breath, stinky armpits, are drinking rotten milk or living a fishy-smelling apartments.”

Hummel noted that while the presence of strong smells could be enough to drive away potential partners, it also contributed to general insecurity among anosmiac daters, who may be left wondering if they smell bad to their potential partners, though he did not comment on the potential link between smell, pheromones and an individual’s dating life.