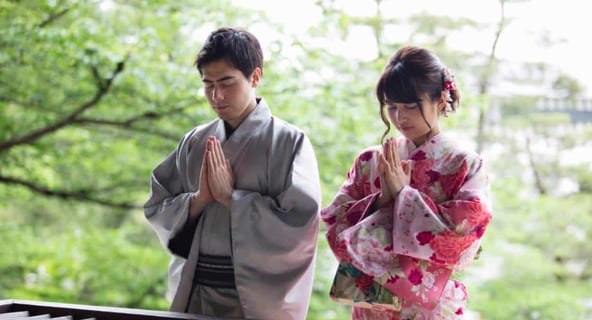 People’s Attitudes Toward Sexual Behaviors is Predictive of Their Religiosity

What drives some people to be more religious than others?

In evolutionary psychology, a person’s religious fervency has long been associated with two different theories.

The first is built around cooperation or working together toward a common goal. The other suggests people are more compelled to take leaps of faith for more physical reasons, specifically related to reproduction or sex.

A new study hopes to provide some clearer data by analyzing an extensive study involving more than a quarter of a million participants from 90 countries.

Senior researcher Jason Weeden and professor Robert Kurzban, of the School of Arts & Sciences at Penn State, found a person’s views on sexuality often predicted just how religious they would be much more than feelings about cooperation would.

“A person’s views on sexuality

predicted how religious they would be.”

Researchers looked at results from the World Values Survey and European Values Study for their findings. They wanted to compare how subjects attitudes on religion matched with their views on sex.

Behaviors were broken down into two groups: reproductive and moral. The moral grouping included so-called “cooperative morals” like not cheating on your taxes and not stealing from others.

Reproductive morals were determined by views on issues like homosexuality, abortion or casual sex.

These results were then matched with answers given on how deeply religious the subjects were.

“Once you know the difference between how people think about things like abortion, premarital sex and divorce, you don’t learn anything else about how religious they are by asking what they think about lying and stealing,” Weeden said. “When you make this comparison, it turns out that reproductive morals are the big, clear winner.”