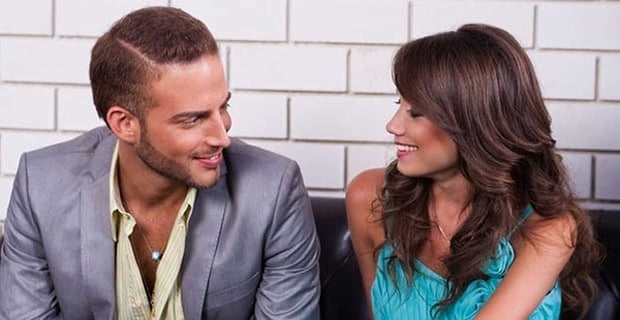 Romance is best served with a good back story or a personal history of how two lovers met and ultimately became a pair. It can be a source of great pride, or in some cases, it can be a dubious circumstance some don’t fully approve of.

The question behind a new study from researchers at Cornell University then becomes how important is that back story, and how does it affect the relationship?

According to the findings, the details of where and how two people meet seems to matter most when one of those two is seeking approval of the relationship from a third party.

According to Sharon Sassler,  a professor of policy analysis and management in the College of Human Ecology, “Perceptions of what others think are socially acceptable ways and places to meet have a lot to do with it.”

The study suggests some circumstances are more socially embraced than others.

“Where and how two people met

matters most when seeking approval.”

“If you met at a bar or an online dating site, you might think peers and parents won’t approve and be supportive of your relationship – and you might be right,” she said. “Whereas, if you meet where there’s a supportive social network,” Sassler adds, citing the workplace, for example, or a college class, “you receive encouragement to continue and deepen the relationship – especially when friends or colleagues say: ‘We knew you guys were right for each other.”

To better understand this, the researchers sought out the back story behind 62 different couples, all from either middle or working class households.

Couples who met under traditional circumstances, such as through a friend or a family member, were found to receive more social support compared with those who may have met online or in a bar.

“Their relationships were, in essence, sanctioned to continue on. And more of these couples got engaged and were planning weddings (often with economic support from parents) than those who met in more anonymous settings, like via the Internet,” Sassler said.

Additionally, according to the research, those couples are more likely to receive financial support from parents. Some couples in the study admitted to altering their back story with friends or family to win approval.

Researchers from the University of Indianapolis assisted in the study, which was published in The Journal of Social and Personal Relationships.

11% of American Adults are Online Daters