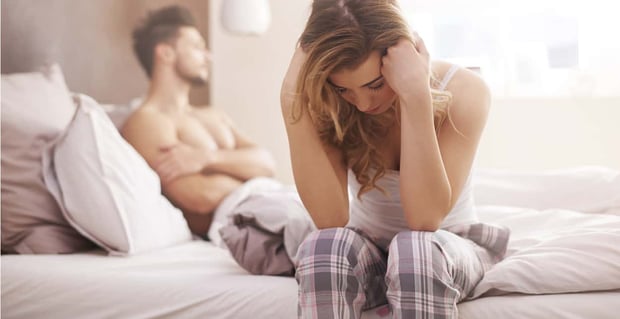 Regret and sexuality often go hand in hand, and how people chose to cope and learn from regretful encounters may depend on their gender.

The top regret found among women, at 23 percent, was losing their virginity to the wrong person, while men regretted being too shy to pursue an encounter when they had the opportunity. More than a quarter of men, 27 percent, listed this concern.

Attraction appeared to play a bigger role for women, with nearly one in five regretting an encounter with someone “physically unattractive” compared to only one in 10 among men.

Men were also found to be commonly contrite over not exploring their sexual freedom while single or not being more sexually adventurous in their youth.

Casual sex was more regretted by women, who were also found to maintain sexual regret for longer periods and at a higher intensity than men.

“Men regretted sex they never had, while

Three studies were initiated for the report, the first involving 200 people who were asked to evaluate hypothetical situations involving sex and regret. Using a five-point scale, they were asked to rate their likely level of regret from each scenario.

In the second and third test, nearly 25,000 participants were each asked to identify the types of common sexual regret they had personally experienced.

The findings help clarify how feelings like regret can play a role in survival and reproduction, according to UCLA social psychologist and study co-author Martie Haselton.

“For men throughout evolutionary history, every missed opportunity to have sex with a new partner is potentially a missed reproduce opportunity — a costly loss from an evolutionary perspective,” she said.

“But for women, reproduction required much more investment in each offspring, including nine months of pregnancy and potentially two additional years of breastfeeding,” she said “The consequences of casual sex were so much higher for women than for men, and this is likely to have shaped emotional reactions to sexual liaisons even today.”