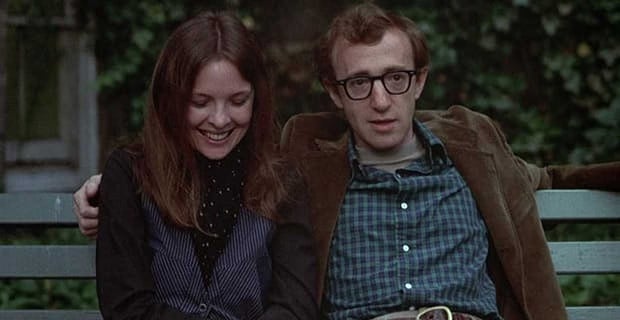 Suffering From Woody Allen Neurosis? A Relationship May Be The Cure

Is there hope for neurotic people through the healing power of love? That’s the belief at the center of a new study.

Conducted by psychologists at the German Universities of Jena and Kassel, the research suggests having a positive romantic relationship helps stabilize those troubling personality traits, at least in young adults.

Almost 250 men and women aged 18 to 30 participated in the research. They were interviewed every three months across a nine-month period and filled out questionnaires that helped chart their levels of neuroticism.

Using fictional everyday situations, they were asked to evaluate the scenario and also speculate on how their partner would view it.

Dr. Christine Finn, who wrote her doctoral dissertation within the framework of the study, said this part was crucial as, “neurotic people process influences from the outside world differently.”

Their reaction, she said, can be more severe, especially to negative stimuli, and they can mischaracterize situations as negative almost by default.

Overall, researchers discovered being in a romantic relationship could have a positive effect on young adults and their personality development.

However, one of the biggest downsides is these traits seem to reduce as individuals spend more time in a relationship.

“Neurotic people are rather anxious, insecure and easily annoyed. They have a tendency toward depression, often show low self-esteem and tend to be generally dissatisfied with their lives,” Finn said. “However, we were able to show that they become more stable in a love relationship and that their personality stabilizes.”

What you should do

According to the study, love can help people see things more positively and often with more confidence.

“It is difficult to reform a whole personality but our study confirms: Negative thinking can be unlearned!” she said.