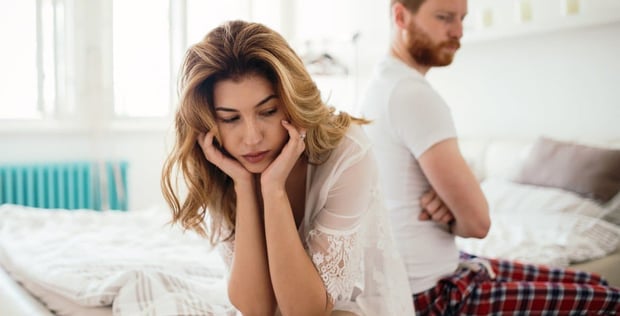 Turns Out “I Have a Headache” is a Real Excuse

The common headache is a frequent excuse for avoiding sexual activity, at least in sitcoms, but a new study has targeted some very real sexual headaches, ones that for their sufferers, are nothing to laugh at.

Some men and women experience moderate to intense headaches during sexual activity, with some worsening as orgasm approaches and lasting for hours after.

These “thunderclap headaches,” along with two other varieties, are described by researchers in a new study and are now thought to be much more common than previously believed.

The first begins before orgasm and is similar to a tension headache, with a dull ache in the neck and upper head. It typically intensifies in tandem with sexual arousal, essentially climaxing with the climax and lingering thereafter.

With the second thunderclap, the pain is more severe and only begins at orgasm, continuing sometimes for hours after, according to the researchers.

The third presents itself after sex, with pain ranging from mild to extreme. Sufferers have described needing to remain in bed when hit with this one, as standing usually intensifies the pain.

The scientific terms for these are coital cephalalgia, orgasmic cephalagia and the benign coital headache.

“These headaches are much more

Previously it’s been estimated only 1 percent of the population experience any of the three. However, Biller believe most cases simply go unreported.

“Many people who experience headaches during sexual activity are too embarrassed to tell their physicians, and doctors often don’t ask,” Biller said in a press statement.

Most headaches during sex are benign, but Biller said they can sometimes be a secondary effect of another health concern.

Anything from a brain aneurysm to a subdural hematoma can prompt one, as can a stroke.

“We recommend that patients undergo a thorough neurological evaluation to rule out secondary causes, which can be life-threatening,” he said, adding that it’s most important when the headache is a first-time occurrence.

Many Women Worry About Sex After Heart Attack, Study Shows