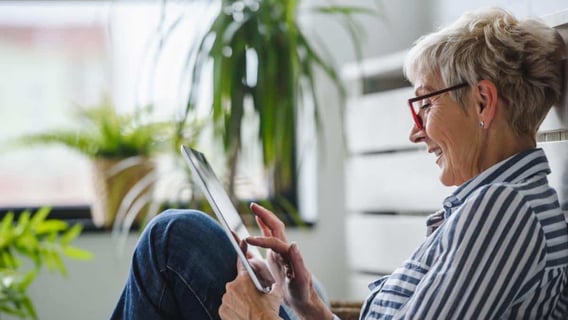 Study: Women in Early Menopause Just as Interested in Sex as Younger Women

An older woman’s sexual appetite may be more ravenous than researchers had previously thought, a new French study suggests.

Published in the Journal of Sexual Medicine, the study shows women in early menopause have the same sexual interests and practices as those who are a bit younger.

Menopause is identified when a woman has not experienced a period for 12 consecutive months.

About a quarter of the postmenopausal respondents had begun a hormone replacement therapy.

No significant difference in sexual interest was found between premenopausal women in their 40s and 50s and those already experiencing the change.

“A third of participants in both groups said

they were ‘very satisfied’ with their sex life.”

The level of satisfaction reported by both ages groups was also found to be very comparable, suggesting less diminished sexual interest both in terms of appetites and practices.

The study further found a third of participants in both groups indicated their sexuality was essential for “personal equilibrium” and they were “very satisfied” with their sex life.

About 4 percent from each group reported having two or more partners in the previous year, and roughly half of each group indicated they had sex fewer than six times a month.

“Our results confirm that for middle-aged women who are at the onset of menopause, the biological/hormonal changes that characterize menopause do not negatively affect sexual life,” researchers wrote. “The effect of menopause at this point in women’s lives may be more symbolic than biological, expressed by a form of anticipation of old age.

Study Reveals the Truth Behind the Hookup Culture