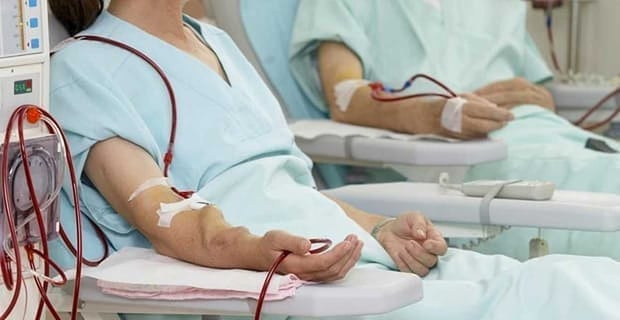 The sex lives of most women on kidney dialysis is satisfying, despite many being essentially sexually inactive, a new study finds.

For the research, 125 women undergoing dialysis were surveyed over a two-year period. Monthly assessments were taken for the first six months, followed by quarterly interviews.

Confounding some expectations, 64 percent were found to be moderately or even very satisfied with their sex lives.

About half of those cited a lack of interest while most others pointed to not having a current partner. Sexual difficulty was only mentioned by 2 percent of those surveyed.

Of the group, 82 percent indicated being sexually inactive.

or very satisfied with their sex lives.”

Among those who said a lack of interest was behind their sexual inactivity, 76 percent said they were still satisfied despite this.

Sexual dysfunction of some degree is common among those undergoing dialysis treatment, with one quarterly assessment in the study finding 89 percent reporting the presence of some sexual dysfunction.

However, among women reporting such, only 5 percent indicated being interested in learning more about treatments for their issue.

According to the researchers, these findings suggest most women on dialysis do not experience difficulty or dysfunction as a direct result.

Dr. Steven Weisbord, of the University of Pittsburgh School of Medicine, led the research, writing in a press release, “Sexual inactivity is particularly common yet does not appear to be bothersome to many women on dialysis.”

“Carefully considering patients’ perspectives and preferences is essential to evaluating the presence and importance of a condition like sexual dysfunction,” he said.

The report appeared in the Clinical Journal of the American Society of Nephrology.

Many Women Worry About Sex After Heart Attack, Study Shows

Is Sex a Good Form of Exercise?

Exercise Found to Improve Sex Drive for Women on Antidepressants

Turns Out “I Have a Headache” is a Real Excuse