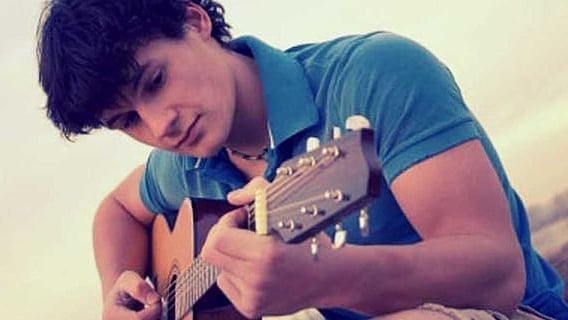 A study conducted at the University of South Brittany in France found women were twice as likely to give their phone numbers to a man carrying a guitar than the same man who was empty-handed.

The man would comment on how attractive each woman was and ask for her phone number. The man carried a guitar when approaching the first 100 women, a sports bag for the second 100 and nothing for the remaining 100.

While the empty-handed approach was successful only 14% of the time, that number doubled to 31% when a guitar was used. For the attempts with the sports bag, only about one in 10 women offered a phone number.

“Women were twice as likely to give their

numbers to a man carrying a guitar.”

According to Professor Nichola Gueguen, the presence of the guitar represents different qualities in a man that women are more likely to be responsive to, such as higher intelligence, independent hobbies, and a willingness to learn new skills.

Gueguen’s team also believes depictions of musicians in the mainstream media have lead to associating it with wealth or status.

A similar Israeli study had a man send out friend requests on Facebook – half with him photographed strumming a guitar and the other half without.

While only one in 10 accepted the request without the guitar, that result jumped to 28 percent with the inclusion of the musical instrument.

No difference was noted on the Israeli Facebook study when they repeated the effort using a woman holding a guitar, suggesting males are considerably less attracted to the skill.

From: The University of South Brittany.