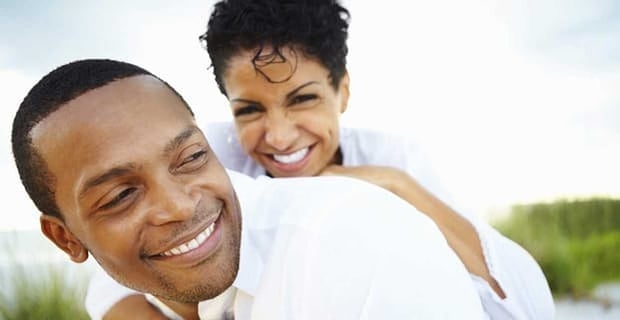 Having a high level of testosterone is something many people associate with virility and sexual prowess. However, new research is suggesting too much may not be good for relationships.

Researchers from the University of Michigan found both men and women reported greater satisfaction levels and commitment to their partner at times when their testosterone levels were low.

According to the study’s lead author, associate professor of psychology Robin Edelstein, a higher level of testosterone may not be compatible with certain types of long-term relationships.

“The assumption is generally that high testosterone is good for sexual relationships,” she said. “These findings suggest that once people are in a relationship, lower levels of testosterone may be beneficial — or may reflect better ongoing relationship dynamics.”

In fact, researchers found the quality of a couple’s relationship was associated to either partner (or both) having a lower level of testosterone and couples were both more committed and more satisfied when such was the case.

when their testosterone was low.”

Edelstein’s team studied data from 39 couples for their research, all heterosexual and in a relationship for at least two months. Some couples had been together for as long as seven years, with participants ranging in ages from 18 to 31.

Individually they were queried on how committed they were to their partner, how satisfying they found the relationship and how they viewed the amount of time and energy invested so far.

Those responses were then matched against saliva samples taken from each participant at the same time.

Though earlier studies have looked into how men’s relationships are impacted by fluctuating testosterone levels, the University of Michigan effort is one of the first to explore such links in women.

Men’s Testosterone Levels Drop When Interacting with Their Friends’ Wives

Can 15 Minutes of Post-Coital Cuddling Help Your Relationship?