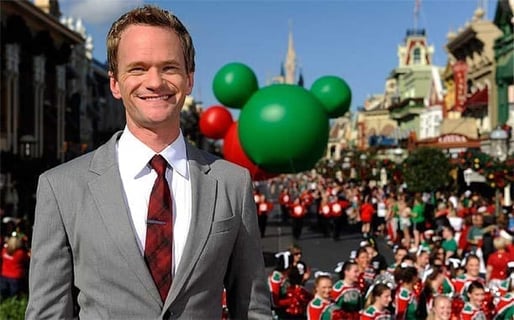 Over the last 20 years, we’ve seen a real change in public perception regarding gay people. While I’m not ignorant to the fact the gay community continues to fight a number of very large and very important battles, it’s undeniable that over my lifetime I’ve seen a (well-documented) shift in the way we think about gay people, to the point where we now have far more openly gay men who can be seen as role models than we ever had when I was growing up.

Not only do we have more openly gay role models now than when I was a kid, but those men appeal to a wide audience — one which transcends the gay community and reaches out to straight people as well.

In fact, it’s probably inaccurate to call these men “gay role models” and more accurate to simply call them role models who happen to be gay.

And these days we have a lot of them, including the following:

If you need proof that mainstream culture is embracing gay role models like never before, take a look at Neil Patrick Harris, an openly gay man who plays one of the most aggressively heterosexual men on television, Barney Stinson on the hit show “How I Met Your Mother.”

Harris’ open sexuality isn’t just “not a problem” for his many, many fans. I’d argue his sexuality adds a wink to the part that’s helped solidify his impact in the culture, as does his ridiculously over-the-top turns playing a parody of himself in the “Harold and Kumar” movies.

Offscreen, there’s just as much to like about NPH, as he is smart, funny, talented, well-dressed and committed to his fiance (of eight years) and two kids.

If you need even more proof that times have changed, consider Anderson Cooper, who never once denied his sexuality but simply kept his private life, well, private.

Cooper was in the public eye for years, largely ignoring speculation the whole time before explaining he was gay and in a committed relationship with NYC bar owner Benjamin Maisani. Yet, in that time, he never denied who he was or pretended otherwise.

Cooper is one of America’s best and most accomplished journalists, displaying bravery and conviction every time he heads to the front lines of conflict and distress to provide an honest look at what’s happening in an increasingly media-managed world.

Despite the progress we make, there are a few corners within our culture holding on to outdated, ignorant viewpoints, one of which is professional sports.

Yes, even as an ultra-masculine organization like the military made huge strides over the last couple years to ensure greater equality among all sexual orientations, sports like basketball and baseball all but force some of their players into the closet.

Wade Davis may not have had the most venerable NFL career ever seen (he had to bow out early due to injuries), but he does hold the distinction of being one of the few pro sports figures to come out as openly gay, pointing to a time in the not-too-distant future where more and more top-level players can live their true lives openly.

Say what you want, RuPaul broke down as many gender and sexuality barriers as anyone else in the 1990s and has built something of a media empire for himself centered around his incredibly popular show “Drag Race.”

Rather than attempting to integrate himself into the culture, RuPaul has always been more interested in making the culture look more like him, a simple distinction whose importance anyone can appreciate.

Reeling in the Guy of Your Dreams