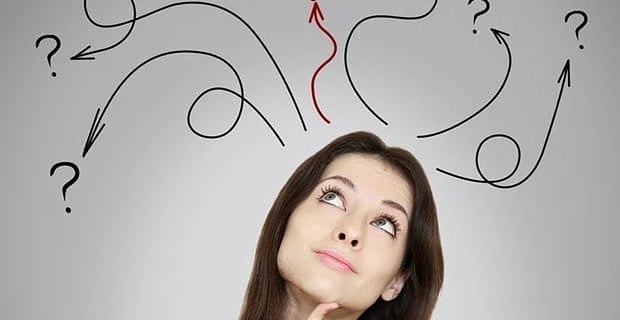 Here’s a story I’m hearing more of these days:

A woman (young or old) gets divorced (or not) and has decided she’s done with men and it’s time to try women. It’s one version of “Orange Is the New Black,” except she’s not locked up in prison with only women around, but perhaps she’s been watching the show, along with a few others and her curiosity is just out of control.

You’ve heard this one, right?

1. She’s only dated men in the past

Men are so simple compared to women. Men only need a few things to be happy, and those include food, regular sex and sports!

What do women need to be happy? There’s no simple answer. Women are so much more complicated, and men know this. Lesbians know this, but most bi-curious women have no clue!

Women have menstrual cycles along with cycling emotions. Women need to talk a lot more than men, resulting in what we know as “processing” in lesbian land that can take hours. Women FEEL! And all that needs to be processed, explored, felt over and over again and talked about some more.

Is that bi-curious woman ready for this?

2. You’ll be her first sexual experience with a woman

As her first woman-on-woman sexual experience, she could become very attached right away (the lesbian U-haul legend exists for some real reasons!).

You’ll also have to be her teacher about what works and what doesn’t when it comes to women.

Are you ready? Will she be able to step up to give you the kind of sexual encounter you want? Will she go down on you if you like that? (How can you be lesbian and not like that?!) Do you hate penetration and she loves it and wants it?

Oh so many things to figure out here.

If she’s been married, she’s going to come into dating women with only a heterosexual version of life and relationship. She’s going to expect a lot of taking care of in the male/female version of relationship. I’ve seen this over and over with women who enter lesbian land after being with men.

Whereas lifelong lesbians tend to tackle what ever shows up, the bi-curious woman will act powerless or actually really believe she can’t do certain things because a man always did it in the past.

In lesbian land, every job is a woman’s job! So why is this important? If you’re not the butch type of lesbian, you might find this bi-curious woman to be demanding in ways you just don’t get and don’t want to get.

That’s the big shift many bi-curious woman have to make.

She’s probably done some drunk kissing and rubbing on her straight friends cause that’s all the rage these days. As lesbians, we’re seeing this thing happen where straight women hit on women to turn their boyfriends on and fulfill their guy’s fantasy, but lesbian sex is a different story.

As women who love women and love sex with women, we do our sex sober. That kind of sex is the best actually, when you’re fully awake and present to the wonder of a woman’s skin, breasts, lips and wetness.

Is this bi-curious woman up to the real thing?! Can she turn on the lights and pull up the shades and be seen in all her glory and be willing to see you in all of your naked glory?

The way men have sex with a woman is so different from woman-on-woman sex. It’s takes being open, receptive and willing to let go of what she’s known about sex with men.

5. Is she bi-curious or bi-serious?

Not to wear this idea out, but if a woman is just curious about doing it with another woman, do you want to go there?

Most lesbians will tell you NO. They don’t want to go there. We aren’t a Kinsey sex experiment for a curious, mostly straight chick to play with and then be able to say she tried it.

Whatever your pleasure or preference, just like Ms. Bi-Curious, the most important information is what you know about yourself and your own heart. Well, and what your rules are about sex.

So if this sounds like something you could get into, hook up with and enjoy, then you go girl!!!

5 Imperative Tips for Bisexual Women Who Want to Date Lesbians

Is it Time to Have Sex with Your New Lesbian Girlfriend?