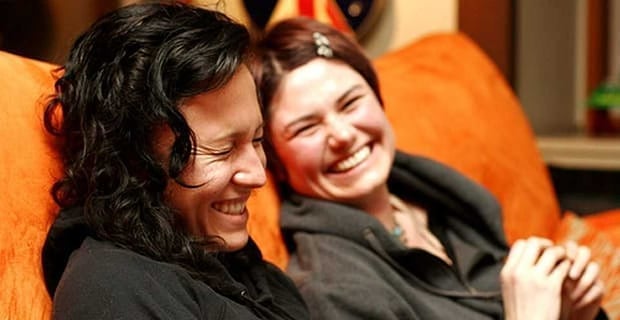 You use this first language all of the time, even though it’s mostly unconscious.

To really leverage the value of reading body language for dating, you’ve got to learn the flirting cues women use. We are always using our body to communicate how we feel or create leading signals about what we want to do.

Here are a few body cues that say “Come here!”

“If she’s giving a signal that says

When you read her body language, if she’s giving an open body language signal that says “Come here!” then get up the guts and go there. Introduce yourself and start a conversation.

Are You a Lesbian? Are You Coming Out?

Where Are the Lesbians? They Are Online!

Why Instant Chemistry Isn’t That Important