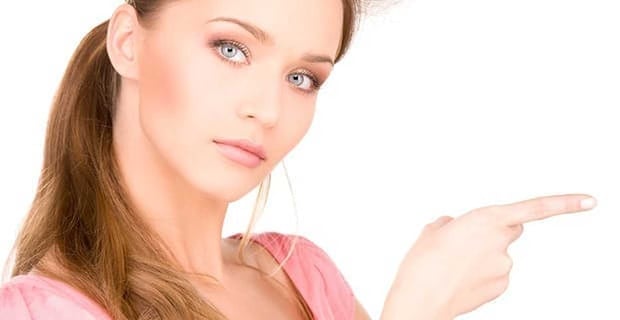 It’s Not You. It’s Me…and That Other Lesbian

Most of us have heard this phrase at some point in our lives, and it will rock your world in the worst way.

It can seemingly come out of the blue, but that’s only if you have blinders on. Often you’ll realize you’ve been on a diet of love crumbs for a while before she announced the “It’s me, not you” death sentence.

If you let it, this kind of breakup can leave you feeling completely broken. You walk around wondering what’s wrong with you.

Her protests that it’s her who is broken because she can’t love an obviously loveable gay girl creates chaos in your brain and heart.

What about that other lesbian over there?

The one saying she’s got to go may not have another lesbian in her hand already, but chances are that’s what pushed her to fess up to the fact that she’s not that into you.

Yes, that sounds like she’s just been using you. That may or may not be true.

She could truly have been hoping she’d fall crazy in love with you because she really did like you and thinks you’re great, but it’s finally come down to her reality – she’s just not in love with you and won’t be.

For a woman who is just trying to live honestly and doesn’t have her eyes on someone else yet, it’s hard to hurt you by saying it’s over, but she’s walking away breathing a sigh of relief and moving on much more easily than you.

in the lesbian world.”

What do you do with this?

It depends on how you feel about her, right? If you love her, you’re in for a tough time for a while as you have to move on from something you wanted to last a long time.

If that’s you, take time for some deep self-care.

That might mean some time out to let the tears out, see a therapist, talk to friends (who will often tell you they saw it coming…damn them!) and figure out how to move on with life.

One really important thing to do is look back and ask yourself where you had your blinders on and missed the signals. They were probably there in some fashion.

Will this make you gun-shy in the future?

Sure it will and that’s OK!  Going slow is underrated in the lesbian world. Go slow and test out your new girlfriend for a good long while before you start making plans to knit your lives together.

That’s called good self-care and being sensible and grown up.

Did She Break Up with You? Here’s What You Need to Do

3 Ways to Survive a Holiday Breakup