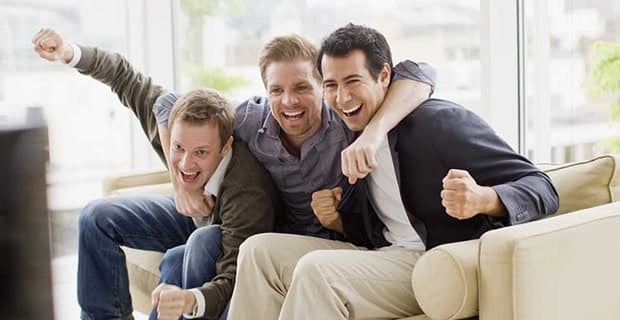 One of the biggest dating traps for gay men is becoming romantically interested in straight men.

There’s nothing inherently wrong with this because our attractions are unique to each of us and all of us are able to appreciate beauty, regardless of gender or sexual orientation.

Our sexual fantasies are our own and become important fuel for our sexuality and eroticism. Having sex with a straight man is also enhancing when the activity is safe, consensual and both parties are aware of what the sexual encounter means.

The trap occurs when gay men consistently pursue straight men to the exclusion of other available partners (gay or bi) and become vigilant about only developing attractions toward a heterosexual counterpart.

This, coupled with the potential for this tendency to become fetishized or obsessive compulsive, can be an extreme form of self-sabotage if a gay man is truly interested in seeking a mate for a long-term, committed relationship.

When we do this, we are setting ourselves up to get hurt because the man we desire will not reciprocate our romantic affections. He is emotionally unavailable to us.

Why are you so turned on by straight men?

If Freud was sitting here with us, from a psychoanalytic perspective, he would say there are a number of possible theories as to why this phenomenon occurs.

For one, our society idealizes masculinity. Growing up in a homophobic culture where anything associated with femininity as a man is deemed unacceptable, a damaging collective assumption is made that “gay men aren’t real men.”

As such, for a gay man to “land” a straight man, it can be seen as the ultimate validation that he’s accepted and approved of after what may have been a life lived in which he felt different, rejected, alienated and perhaps even bullied and harassed.

This is his ticket to feeling OK, and this then gets eroticized and draws the gay man further into a cycle of seeking out heterosexual men.

For some men who experience “father hunger” due to a disconnected relationship with their father, this unresolved issue gets projected into a cycle of seeking sexual conquests with straight men to feed that longing they have for a connection with their father by using sexuality as the vehicle.

For others, internalized homophobia may be the culprit. Being unable to accept themselves, they seek comfort by the power and authority the straight man represents to acknowledge their worth.

Or perhaps by pursuing straight men, this will avoid the intimacy that is required of a true emotional intimacy that’s needed with a life partner.

They think they’re not gay this way because the sex is just behavior and not an indicator of their true identity and orientation.

Still yet, other men enjoy the thrill of that which is unattainable and forbidden, seeking straight men for the charge and fun of the conquest. As you can see, these rationales run very psychologically deep.

Whether you believe these theories or not, the truth is if you are a single gay man seeking a compatible life partner, the unavailability and unrealistic nature of this pairing will sabotage your efforts at love and keep you trapped in a vicious cycle of broken dreams and disappointments.

How to overcome these pitfalls

Here are some recommendations to help steer you off this self-defeating path:

By examining the psychological reasons behind this tendency with a therapist, you’ll be able to develop a game plan for grieving or resolving any unfinished business you may have, as well as to foster a more fulfilling relationship with yourself and strengthen your self-esteem.

Begin dating men who are both physically and emotionally available and really focus yourself on appreciating the real beauty other gay men have.

Qualities that are often attributed to heterosexual men, such as confidence, assertiveness, masculinity and power, are also possessed by gay men.

Also, recognize the assets of feminine energy as well, something we all possess (even straight men!) and stop using terms like “straight-acting.” Ugh!

This only promotes ongoing homophobia and rigid gender roles that create binaries in people and keep us stuck in better/worse-than dichotomies.

He’s Just Not That Into You