What to Do When You’re Feeling Pressured to Have Sex

So you’re feeling pressured to have sex in the gay world? Here are some things to consider:

In the gay dating world, the pressure to have sex is very high.

Gay men don’t play around and will tell you right away what they want. If you don’t give it to them, then they’ll find someone else who will.

The best way to navigate through the mounds of men that will be thrown in your face is to be picky.

And believe it or not, gay men will like you more when you say no because it adds to the chase.

In general terms, gay men can get sex anytime they want, but they’re more intrigued when they don’t get something they want right away. They love a good challenge.

“Guys will always give you

a call back if you got game.”

The delay of game.

The “delay of game” is the best way to wear off sexual tension. Ninety-nine percent of the time the other person will fail at a social conversation because they’ve never had to showcase their personality.

Why would they when they’ve always banked on their good looks for getting what they want?

Trust me, when you go out on a date and listen to a bad conversationalist, the only thing you’ll worry about is how you’re going to get them to pay for the dinner.

Gay men are notorious for having sex first and asking questions later. I say ask questions first, and then see if he’s worth sleeping with later.

Will he call you back tomorrow if you give into his sexual pressure right now?

Honestly, that depends how good you were in bed. If you were a vanilla lay, then probably not.

Guys have a tendency to stick to something that’s good and will always give you a call back if you got game.

The bottom line: Play safe and don’t play yourself out.

How do you cope when you feel pressured to have sex? I’d love to hear your opinions in the comment section. 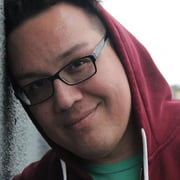 What makes me an expert on gay dating? I'm 38 years old and I've enjoyed having healthy sexual relationships with many men for most of my life. I have a wealth of knowledge to share with everyone, so check out www.charlieballard.blogspot.com.

Help! My Boyfriend is Selfish in Bed

6 Ways to Last Longer in Bed