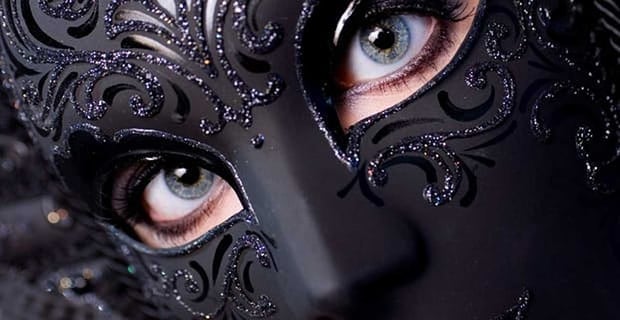 You know the ones, the Lone Ranger lesbian. You rarely see her around and she doesn’t really show up for anything that happens in the lesbian community. Then suddenly you see her everywhere.

What happened? She’s single again and on the prowl for a new relationship. Then as suddenly as she appeared, she disappears when she’s locked onto a woman.

Then they “go dark.” That’s lesbian code for two women hooking up, starting a relationship and disappearing from the social scene (i.e. you never see them anywhere for months on end, maybe even years.)

Why do lesbians go dark?

What’s really happening? It’s the Lone Ranger syndrome.  Some lesbians believe their partner or girlfriend is all they need. When the Lone Ranger finds a girlfriend, she takes her and off they go into hibernation.

The Lone Ranger no longer needs social events because she was only attending them to find her next girlfriend.

Games, sporting events and other social activities are viewed as dangerous because her girlfriend will be exposed to other lesbians who might be threats.

Do you know a lone ranger?

Or are you with a lone ranger?

Lesbians are known for not trusting anyone outside their social circle. Lesbian social circles can be death traps where no new women can get in the mix and enliven the conversation and activities.

Lone rangers don’t need new friends, or any friends for that matter, as long as she’s got her girlfriend.

Lone rangers love to get attached at the hip with their girlfriend. It is a frequent problem and an indication of insecurity and poor relationship skills on top of that.

Going dark is one way to solve the problem. Eliminate anyone and anything that might be a threat.

The Long Ranger keeps her relationship going by keeping her girlfriend trapped. Now there are some couples who are fine with having just each other and no one else in their world. If that’s you, that’s great.

“Go slow when you

What if you’re a lesbian who loves to socialize?

A big problem with the Lone Ranger syndrome is when she snags a woman who enjoys her friends, being social, getting out, talking to family and friends and having an active life outside of the relationship.

This lovely and friendly lesbian is going to find the Lone Ranger is one difficult lesbian to make happy unless she is sitting at home all of the time or letting her whereabouts be constantly tracked and accounted for at all times.

Anyone will tell you this not only gets old, but it destroys the good feelings a relationship is supposed to be all about.

What’s the lesson for dating lesbians?

Go slow when you start dating someone new. Make sure your goals and values are aligned.

Don’t rush into making a commitment, moving in together, buying wedding rings or any of those things that are a rush to create a bond without taking the time to really get to know this woman.

Get to know a woman’s friends and investigate her social scene. Does she have one or not? Does she want to spend all of her time at home? Or does she get out in the community in a way that feels good to you?

It can be fun to be the Lone Ranger’s Lady Tonto, but make sure the rest of her life is something you can live with for the long term before you take the plunge and go dark.

19 Most Popular Dating Sites by Age