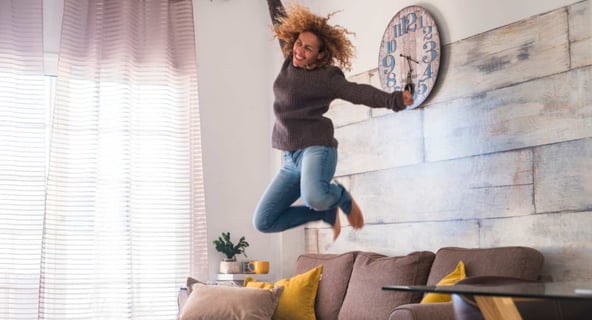 Why Excitement is the Most Important Emotion in Dating

You’ve met a new woman. You’ve been single for a while, and you just feel it’s time to have a relationship.

She’s cute and fun, but you’re not incredibly excited about her.

Whenever we go through long bouts of being single, we tend to get lonely. It’s human nature.

The problem with that dynamic is it clouds our judgment when it comes to dating.

Eventually we hit a point where we say to ourselves, “I really want a relationship right now.” But it never seems to work that way.

In dating, good things come to those who are patient, and it’s going to happen when you least expect it.

You can’t just walk around and not talk to anybody and hope some great relationship is going to pop into your lap.

By being open every single day, acknowledging you’re single, being OK with being single, and not feeling desperate or lonely, you’ll attract the relationship you really wanted.

Get excited now and be more open to what can possibly come to you.

If you don’t meet somebody who you’re excited about, you’re still going to be excited because your life is good on its own.

And if you’re currently dating somebody, I want you to say their name out loud.

Does the emotion of excitement come soon after?

“If you’re not excited about the person you’re

currently dating, then you’ve got to be honest.”

Because if you’re not excited about the person you’re with, then you’re just compromising. Compromising is something that isn’t always healthy and it could be bad for you in the long run.

I know a lot of people that compromise. They now have three kids. They’re living in the suburbs and they’re miserable.

It doesn’t mean having three kids and living in the ‘burbs is misery. It just means the person they chose is not the right person for them.

So if you wake up in the morning and you’re not excited about the person you’re currently dating, then you’ve got to be honest with yourself and move on.

Life is a one-shot deal.

Time to get excited about everything that goes on in your life.

Tell me about some of the people you are not excited about down below. And tell me what happened, how long did it take to break up and how many years did you waste dating a person that was not right for you?

This 1 Thing Will Make You Attractive to Every Woman