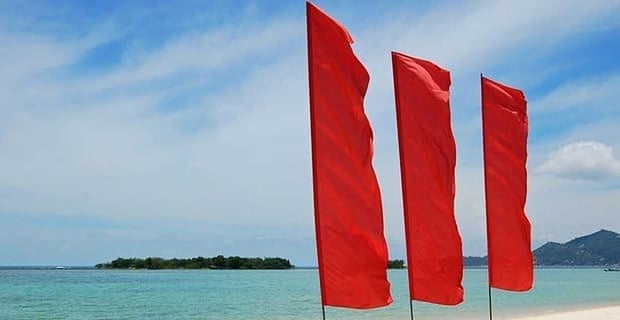 Even nature’s most perfect creation — women — can take you to the depths of hell if you latch onto a bad one. Psycho women, gold diggers and opportunists are among the devil’s disciples that men need to look out for.

Fortunately, they all have their “tells” and red flags, if we can see them through their mask of beauty, charm and earthly delights.

If every woman on the planet is a threat to her, then perhaps she sees the world only through the spectrum of sex. There are a lot of sweet, fabulous women in the world, so if she can’t get along with any of them, then there’s a good chance the problem lies with her. Beware.

If she says she was with Jane and Sally last Saturday but they don’t know what you’re talking about when you run into them at the mall, you’ve got a problem. There is always a purpose behind deceit.

It’s one thing for her to tell you your feet don’t stink when they clearly do, but to lie about where she was or what she was doing can rarely have an innocent upside. What else is she lying about? What is she trying to cover up? Be afraid.

3. Her jealousy is irrational.

Does smoke come out of her ears when you say that Megan Fox looks hot in a movie? Does she care if you think Pippa Middleton has a sweet butt? When you sincerely tell her that she looks hot and sexy in that dress, will she say, “Yeah, but not as sexy as Pippa” three months after you mentioned her once?

If you just sat down to answer her call at the office and you exhale a bit loudly, does she think you were just having sex and had your office phone forwarded to a motel? Welcome to hell.

“After a couple of dates, she updates her status to

‘In a relationship’ and wants you to do the same.”

4. She thinks she owns you.

Does she feel abandoned, betrayed or suspicious when you want to spend a night out with the guys? She could be controlling, manipulative or just needy. In any case, a woman needs her time with the girls and you need enough independence to have a guys’ night out.

Far from being a threat to your relationship, a little time with the people we have known and bonded with long before this woman came into our lives is a good and healthy thing. If she respects you, she should respect your friendships, too.

If she reaches into her purse and pulls out some “diet pills” a few times a day, she may have a problem with amphetamines. It may not be anything like a hardcore addiction, but it does bend a person’s sensibilities, priorities and emotions.

Be careful with women with addictive personalities. They may have mood swings well beyond the normal monthly variety, and they may not be able to develop real and lasting attachments with men.

Their real bond is with light drugs to make up for their perceived shortcomings, which they will transfer to you as your inadequacies. Then they will hate you rather than hating themselves. Just be careful.

6. She has a collection of past relationships.

There are several kinds of gold diggers, but this one is unique. Every item you see on her has a story behind it and she wants to tell you every one. “This diamond pendant is from Jack. He was an older guy that said he was going to leave his wife for me but he never did. This butterfly tattoo on my shoulder was by this tattoo artist at a shop in the village. I lived with him for a while.”

After a couple of dates, she updates her status to “In a relationship” and wants you to do the same. She might even send you a pic of the two of you from her phone that she wants you to use as your profile pic.

She posts a lot of photos of the two of you and tags you as her boyfriend in every one. She’s probably not the devil, but just proceed with caution.

The Worst Things a Guy Can Do When Kissing a Girl