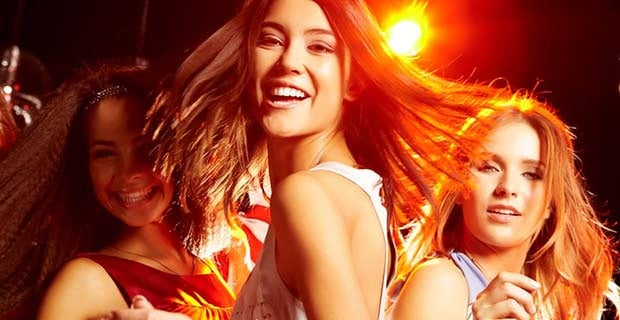 This is a natural profile pic for most women, as most women are highly social and define themselves, in no small part, by the friends they spend most of their time with. As such, you will learn a lot about this woman by taking a long look at who she consciously associates herself with and what she and her friends are all doing in their picture together.

Oftentimes, taking a look at a girl’s friends is a better way to determine what she is like than by simply evaluating the impression she gave off when you first met her.

A seemingly bookish girl who has a profile picture of her and her girls all dressed up and ready to hit the town is going to be a lot more socially active and fun than you initially imagined. A girl you met at the club whose profile picture shows her and her friends volunteering at a local soup kitchen will have more depth than her glitz and glamor initially implied.

You can also learn a lot about a girl when she seems the odd one out among her female friends. For example, if a girl is much more attractive than her friends, then it’s likely she doesn’t define herself entirely by her appearance. If a girl is dressed in a conventional or somewhat fancy manner and is hanging out with a bunch of more alternative girls, then it tells you a lot about what this woman is looking to cultivate or develop in her own life.

“If she’s standing around with a bunch

of random guys, then there’s a good chance

she’s the kind of girl who loves male attention.”

Figuring out what this profile pic says about her depends a whole lot on the identity of these mystery men flanking her.

If they are her best friends, then she’s one of those girls who doesn’t really get along with other girls. She prefers to hang out with the guys and is probably a bit more of a tomboy than a girly-girl.

If she’s dressed well and at least a little feminine, then there’s a good chance she can pull off the “stunner” look whenever she wants, but she simply prefers to keep things low-key for the day-to-day.

If they are her brothers, then she is a family-oriented kind of girl. Most girls who have a lot of brothers, especially a lot of older brothers, share some of the qualities of tomboys, and they often hold an extremely strong sense of self-confidence. After all, not only did she have to fight with her brothers growing up, but she also knows she has a group of guys who have her back no matter what.

If she’s standing around with a bunch of random guys she met while she was out and about, then there’s a good chance she’s the kind of girl who loves male attention. In fact, she probably loves this attention a little too much.

A girl who posts a profile photo with a bunch of random men drooling over her demonstrates that she’s more interested in being “hot” than all the other qualities she has to offer, and that she gives more value to the opinion of strangers than to the energy of the close relationships in her life.

How Online Dating Works for Men