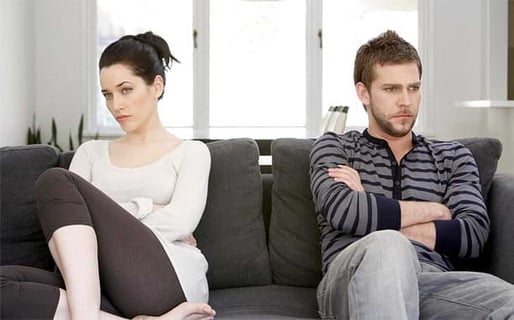 How to Make Up With Your Girlfriend After a Fight

Unless you’re one of those people who thrive on drama, fighting with your partner is no fun. It’s loud, angry and uncomfortable. And it downright sucks. But say it happens and you’re feeling terrible about it. When the fight is finally over and everyone is calming down, how do you make it right? How do you make up with your girlfriend? Guys, here are a few tips to make the transition from fighting to loving a whole lot easier.

Don’t try and remedy the situation when you’re still fuming. Most likely, it will only create another quarrel. Go grab a beer with a friend (but don’t talk about the fight with him), get coffee, take a walk or hit the gym. Whatever you do, make sure you are calm before engaging with your girlfriend again.

You don’t have to apologize for whatever caused the fight because it might not have been your fault to begin with. But either way, you should apologize for the actual fight. Apologize for raising your voice or saying things you don’t really mean. Just an apology — for whatever reason — is a great icebreaker.

Replay the entire fight in your head. Try and look at it as an outsider. Did it get out of hand? Did someone get physical or scream obscenely loud? Was there snapping and unnecessarily unkind things said? One of the most important characteristics of a relationship is communication — especially communication during a fight. Sit down with your girlfriend and talk about talking. Set boundaries: no throwing things, no screaming, no obscenities, etc. and level the playing field.

4. Do something extra thoughtful.

Sure, we’ve all heard of make-up sex, buying a bouquet of roses when you’re in the doghouse or even expensive jewelry if that’s how you roll. But try being more sentimental and thoughtful when it comes to saying “I’m sorry.” Make her dinner or if you’re handy, make her a birdhouse. Plant her a little herb garden or write a poem. It doesn’t have to cost a lot to mean a lot.

Whether it was a quarrel, spat, fight or a full-blown civil war, making up with the lady in your life takes a bit of finesse. First, take time to blow off steam — go running or see a movie. After your head is clear, really look at the fight and how it went down. Then sit down with your girlfriend and talk it through. And remember, a thoughtful gift after the fact is never a bad idea.

How to Deal with an Ex Dating Your Friend