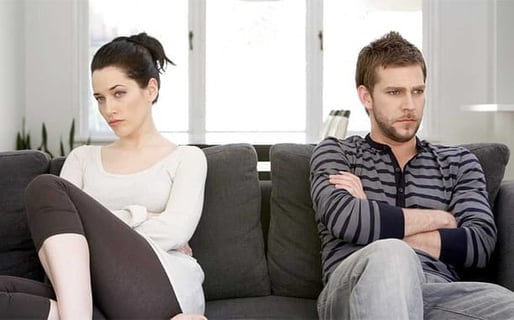 How to Make Up with Your Boyfriend

You’ve just had a fight with your boyfriend, eh? No matter who won, no matter if you proved your boyfriend wrong or he prevailed and ended up on top, both of you are probably feeling pretty lousy.

Few women really like to fight with their boyfriends, and just as few men enjoy finding themselves arguing with their girlfriends. To return to a healthy, happy place in your relationship, both you and your boyfriend have to make up with each other after every one of your fights.

Here are a few important steps you need to take to make up after a fight as quickly and as thoroughly as possible.

Men and women both love to hold grudges. While momentarily satisfying, these grudges are nothing more than expressions of deep stubbornness that rarely contribute to a positive reconciliation.

If you want to make up with your boyfriend, then you need to first make sure you’re emotionally open to his attempts to smooth things over with you.

When your man does things, little or big, to try and get back in your good graces, you need to let him back in. If he makes your favorite dinner or takes you out to a show he won’t like but you would normally love, allow yourself to appreciate these gifts and accept them fully.

You can never make things up to your boyfriend until he first feels like he’s back in your good graces, or at least has a shot to return there. If you try and do nice things for him but won’t let him do nice things for you, he will feel confused, frustrated and distrustful.

“By letting your man get back in your good

graces, you will make everything up to him.”

Step 2: Apologize but not too much.

In the fallout of most low-to-mid-level fights, one sincere apology is usually enough to earn back the favor and respect of a high-quality man. To be sure the apology reads as sincere, you need to make it abundantly clear you understand why he became upset with you.

Apologizing without directly and clearly acknowledging what went wrong will make your man feel like you’re simply saying “I’m sorry” just to try and smooth things over without fully dealing with what happened between the two of you.

After you’ve apologized for your part in what happened, you shouldn’t have to apologize again. In fact, if you keep apologizing over and over again, you will appear deeply insecure and annoy your man.

Step 3: Learn from what went wrong.

Modern behavioral psychologists say that you’ve only truly learned something when your behavior has changed.

For example, you can say you’ve learned a lot about eating healthy after you’ve read a few books on the topic, but until you actually alter the way you eat, you haven’t actually learned a single thing, no matter how much knowledge you’ve accumulated.

The same holds true for problems in your relationship. You can say you’ve learned what you were doing was wrong because your man told you what was bothering him, but until you actually alter your actions to eliminate this troublesome behavior, you haven’t learned anything from this ordeal.

You and your man are just going to end up repeating your fight over and over again.

If you’re looking for the number one way to make things up to your man after a fight, it’s this — adjust your behavior to prevent it from ever happening again!

By letting your man get back in your good graces, by apologizing clearly (and only the once), and by actually allowing this experience to change how you approach your relationship for the better, you will make everything up to him.

How to Know When to Forgive Him

How to Get Over a Guy You Still Like