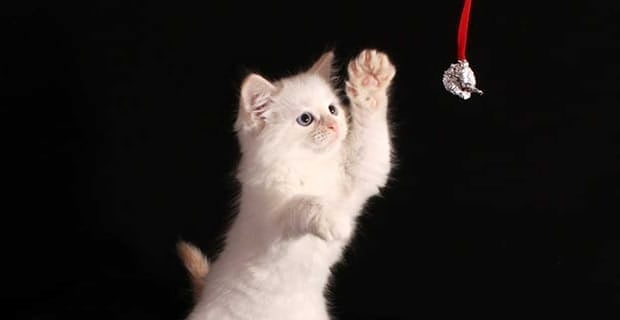 Playing hard to get is one of the oldest tricks in the book when it comes to dating. But millions of skillful women have used it successfully to turn an arrogant or inconsiderate big shot into the man of their dreams, so the game continues.

It can be a risky proposition, especially if you use it without a plan, so make sure you know what you’re doing before you decide to navigate the potentially dangerous waters of the “hard to get” ploy.

Guys are expected to be manly, confident and brash, so they try to live up to that expectation. Many men can act it out fairly well, but they are secretly shy and afraid of being rejected by women.

Consequently, a lot of guys will simply walk away defeated if they are rebuffed too harshly by your “hard to get” act. It’s best used on confident, powerful men who need to be knocked down a notch.

You have to know the man you are dealing with quite well. Most men thrive on encouragement rather than being challenged by rejection. Make sure you don’t play “impossible to get.” A challenge is one thing but a brick wall is something else.

You can make him earn it, but make sure he sees at least some chance for success in pursuing you.

If you like the guy and want to win him in the end, then you have to tease him and keep his interest while you are thwarting his advances.

Smile and laugh at him, pinch his cheek, tell him he’s so cute when he begs, get your lips so close he can almost taste them, and then give him a quick kiss on the forehead and walk away while you say, “Not today! Bye.”

The point behind the “hard to get” strategy should be to make him want you even more and to value you more highly. This requires a constant tease that leaves him wanting more, small samples of your feminine touch that will make him ache for you, and enough hope in his mind to keep him coming back.

“It will be a long journey for him, so

make sure you’re a prize worth having.”

3. Give him left-handed compliments.

You need to compliment him while you turn him down. “You tall, handsome guys think every woman is dying to go out with you.”

So you think he’s a hunky guy? “Just because you have the best six pack on the beach doesn’t mean you can snap your fingers and I’ll come running.”

Really hunky? “The great looking ones always turn out to be conceited jerks.” I guess he better not be a jerk.

Or, maybe he’s not so hunky but really appealing to be around? “The last time I dated a really smart, funny guy, he turned out to be married.”

By doing this, you are showing him that you see him as a man of value, but you are giving him objections to overcome that will force him to work harder for your affection. He will have to show you that he is genuinely nice, humble, honest, and considerate to women.

The game doesn’t end with the first date. You will be most successful in training him to be a good and respectful partner if you keep him on probation after every hurdle.

So, you agree to have dinner with him. Just dinner. Let him know that in advance. You talk, you dance, and you have fun. You might take a little stroll in the night air, but you never make the moment seem intimate.

He might earn one short kiss by the end of the date, but he still has to get to know you as a lady and a person of depth before things go too far.

Next time, take him jogging with you to see what he’s got in the fitness department. Go to the museum and do some daytime things. Give him a glimpse of the real woman behind the beautiful face and body.

When he’s earned the full make-out session, make the sex hard to get. By the time he gets the ultimate benefit of your affection, he will be the man you want him to be.

It will be a long and arduous journey for him to make you his woman, so make sure you’re a prize worth having when he gets there.

Don’t forget to let the game end. It is easy to get used to the belittling banter and the witty rebuffs, but at some point you owe him the same respect and honor he has had to show you.

Let go of the game and tell him how great you really think he is and how lucky you are. When playing hard to get is done right, you will let him chase you until, at long last, you catch him.