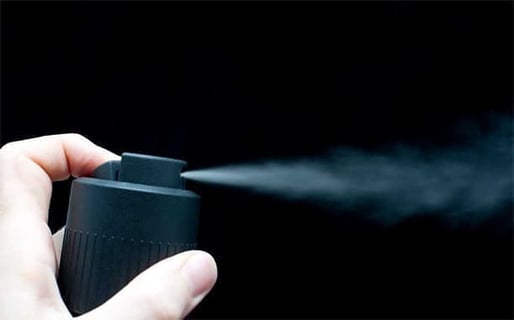 This news might seem a bit surprising — Your nose may be a better boyfriend detector than your eyes and ears combined. According to researchers, a whiff of a lover’s pheromones sends biological data to the brain that indicates if you two could be a good long-term match. And, unlike your eyes and ears, your nose can’t be tricked.

Look no further than the famous Swiss T-Shirt study to understand how biology sometimes trumps culture.

When blood work was compared, it was determined that women were most attracted to the pheromones that signaled the most different immune system from themselves. Apparently, when sperm marries egg, certain features are taken from each partner, blue eyes from one, brown hair from another, etc.

There is one big exception that disrupts this theory.

The birth control pill, which seems to gum up nature’s intelligent process.

Back in our hunter-gatherer days, birth control wasn’t around to interfere with mating systems. Women were evolutionary programmed to be attracted to men who would help them produce strong, healthy offspring.

But today, more than 100 million women worldwide take a birth control pill, whether it’s to fight off acne or to prevent unwanted pregnancy. And the downside is that hormones in birth control pills alter a woman’s ability to sniff out the right mate.

Since the pill suppresses ovulation and tricks a woman’s body into thinking she’s pregnant, her hormones are reflected by that. These artificial hormones from the pill often lead women to crave “nurturing men” rather than those who have the ability to produce strong, fit offspring.

My advice to women: Avoid the pill when trying to attract a potential mate so your pheromones don’t confuse Mr. Right with Mr. Wrong.

It will weed out the relationships with mates that could potentially result in infidelity and kids who have a rough time fighting off the common cold. There are plenty of other methods of birth control that will put pheromones to work and allow women to sniff out the right dude while also providing some protection from STDs.