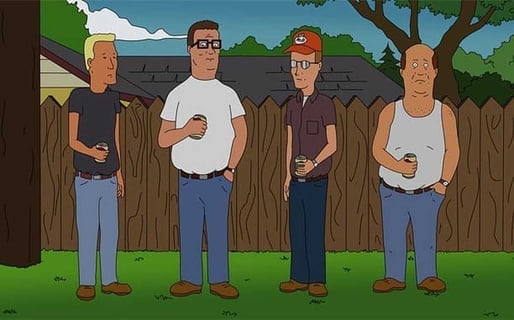 What Can Women Learn About a Guy From His Friends?

Have you ever heard the theory that we’re all nothing more than a composite of the five people we spend most of our time with? This piece of personality insight has increased in popularity over recent years for a good reason. It’s easy to see how the people we choose to share our lives with impact the way our lives unfold.

And the “five people” principle holds just as true for every guy you meet as it does for your own self-construction. If you want a good picture of what a guy is really like, take a look at his closest friends.

No guy is a misfit.

Now, you might immediately object to this broad-stroke classification. After all, there are plenty of men out there who don’t seem to fit in with the people around them, who appear to be more ambitious, more fun or more responsible than their friends… aren’t there?

Unfortunately, these “aberrations” are often anything but. Sure, a man might talk about having larger goals than his friends, but on closer inspection, is he actually doing anything to reach those lofty ambitions?

A man might appear to be more fun and exciting than his friends, and he might even have the occasional random excursion on his own that shows a little more spark than the boring folks he counts as his closest, but during his day-to-day life, he probably isn’t any more adventurous than those around him, especially if he hangs out at the same pub as them every single night, drinking the same beers and sharing the same conversations.

A guy might seem like he’s a lot more responsible than his best friends, but there’s a good chance there are plenty of ways he approaches his life just as carelessly as everyone else you see around him.

And the opposite is just as true. A man who seems unambitious, boring and irresponsible at first is likely anything but, especially if his closest friends embody blisteringly positive characteristics.

Immediate appearances, whether positive or negative, can be inaccurate. If you want to know what a man is really like, look at his social circle.

“Lots of women hate the fact the men

they date are losers, but most women never

realize they have a choice in the matter.”

This advice is practical on two fronts:

Many women implicitly understand the first point but never follow it to its logical conclusion by choosing to date within unfavorable social circles. Lots of women hate the fact that the men they date are losers, but most women never realize they have a choice in the matter.

Instead of using the “five people” rule as a neat party trick that moves past illusions and gets to the heart of what a man is about, use it as an effective, actionable way to stack the odds in your favor. Then you will actually meet the sort of man you might want to be with.

What If My Date Didn’t Meet My Expectations?