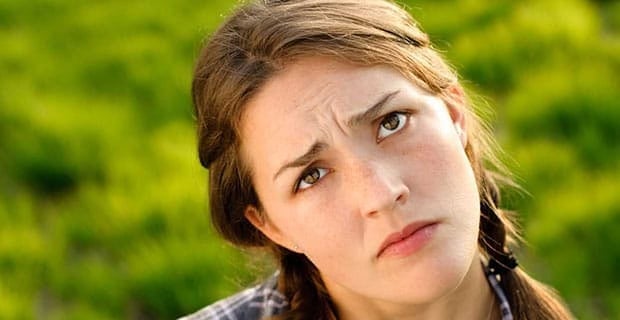 The most integral aspect of any relationship is communication. We meet someone and talk with them so we can get to know them. We realize we like them and communicate our attraction through body language and conversation. There is no other way to become enamored with someone, and they with you, than to exchange thoughts, ideas and signals.

The tricky part, however, is communication can be confusing. Sending and receiving mixed signals is common in communication, especially between men and women who have just started dating. But what’s the best way to decode your date’s signals?

1. He doesn’t call when he said he would.

We can all remember a time when you meet a great guy who promises to call. But a week goes by and right around the time you conclude he must have met an untimely end in a freak helicopter crash, he calls and asks you to dinner. What gives?

This one’s easy. Men have been taught women are turned off by guys who seem over eager so they play it safe. The guy may very well have been counting down the minutes until the seventh day, when it was finally deemed “cool enough” to call you, but you will never know it.

A word of advice is to always give your phone number with no expectations. Never sit by the phone and wait for a guy to call. Keep in mind when you hand out your digits, he may never call. Have the attitude if he calls, that’s great. But it’s his loss if he doesn’t.

Also, who cares? Simply put, it just wasn’t meant to be and you should move on, quickly. There could be any number of reasons he didn’t call. Don’t assume because he doesn’t call it has anything to do with you.

2. He cancels all your date plans.

Then there’s the guy who always breaks your date plans. What’s going on here? Plain and simple, something’s up. Maybe he has a girlfriend and he’s trying to feel you out to see if you’re a better catch. Who knows?! Rather than wasting precious time trying to figure it out, know this — guys who are interested can’t wait to be in your company. They don’t stand you up. Ditch the guy and move on.

And who hasn’t fallen into the trap where you meet a guy who you are absolutely crazy about? He’s handsome, intelligent and makes you laugh but he shows no sign of initiating dates or reciprocating interest. What’s the scoop? He thinks you’re swell and all. He doesn’t want to hurt your feelings, but he’s just not interested. Move on, sister, and don’t take it personally. If you keep calling him, you’ll only be humiliating yourself and prolonging the inevitable.

The worst scenario is when you’ve been dating a guy for a while and you’ve established a routine. You talk on the phone every day and see each other often. Then you decide to have sex with him. He doesn’t call the next day, and you refuse to call him. Days pass and he is still missing in action.

You now have a choice. Either assume the worse and convince yourself he met an untimely end in a freak helicopter accident (obviously, this one is my personal favorite among ridiculous excuses we women make on behalf of men) or pick up the phone, call him and ask him to explain himself.

Unfortunately, and it happens all the time, you may have been duped. There are lots of men out there who are willing to go to any lengths to get a girl in the sack and have no shame leaving her high and dry with no explanation.

As it relates to men and mixed signals, my rule of thumb is when a man is interested in you, you will know it unequivocally and without a shadow of a doubt. When it comes to the male persuasion, they are wired to chase after what they want. They will call you when they say they will, they won’t stand you up, and they will pursue you in obvious, undeniable ways.

When they don’t, they’re just not into you. When in doubt, ask direct questions. Most of the time men will be honest and explain themselves. This puts an immediate end to the confusion mixed signals can bring.

Who Initiates the Second Date?