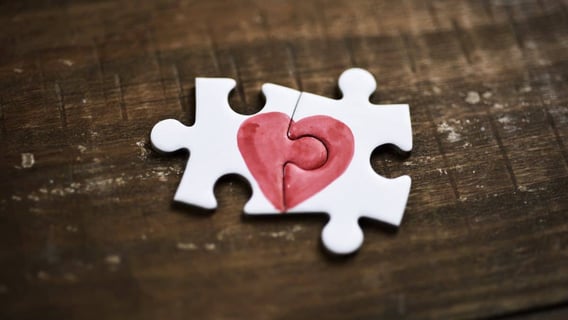 You’ve probably heard the phrase, “Actions speak louder than words.” For a lot of guys, that rings true for them. That’s how they say, “I love you.”

Recently I received the following email from a woman who had to know if her man really loved her or not:

“Jonathon, what would you say about a man that can’t seem to speak of anything emotional? We go out on dates, he’s very attentive, opens the car door for me, cooks for me.

I see him three times over the weekend. Sex is off the charts. We’ve been dating a year now, but not once has he told me he thinks I’m pretty or he likes me. He will make roundabout comments to see if we are only dating each other, but I’m stumped here.

First off, I hear you Elaine. Yes, words are very important, but it’s equally important to watch a man’s actions.

This is clearly a man who uses actions instead of words to convey his feelings: the sex is off the charts, he opens the door for her, cooks for her, is thrilled to see her three times a week.

It all talks about how much this man is very much into this woman.

He may struggle a bit with the words, but maybe he’s just not much of a wordsmith. Not everyone can be.

That is why he is so attentive to her and why he listens to her.

“If you keep yourself open to different ways to express

love, then you will have a wonderful relationship.”

Many times readers and listeners send me their stories of men who have settled in the relationship. They ask why their man doesn’t show more commitment, or they wonder where the relationship is going.

But if you pay enough attention to what your man is doing, as much as what he is saying, you will find your answers.

If your man is doing the same things Elaine’s boyfriend is doing, then your relationship is probably doing great.

The reason why we call it making love is because we must do right action that demonstrates our love and respect.

I think the only minor hitch is their love languages are slightly incongruent, but this is easily correctable.

All you need to do is realize, accept and be open to the fact everyone’s love language is different.

Some like words of affirmation, but others choose to express themselves through quality time and acts of service.

Some like to bring you flowers for no reason, while others will tell you to quickly pack a bag and the two of you will head off to wine country for the weekend.

Some will simply ask how your day was and just listen to you very carefully when you tell him about angry clients and demanding bosses.

Afterward, they will massage the steel knots out of your shoulders and then give you a soulful hug and tell you everything’s going to be all right.

All of these different things say the same thing.

Just because your man or woman doesn’t express him or herself the same way you do, it doesn’t mean they’re not expressing their devotion to you at all.

Of the countless ways we can show love to one another, there are five universal and comprehensive love languages.

They are: words of affirmation, quality time, receiving gifts, acts of service and physical touch.

Some may be more proficient in one or two or three languages and slightly deficient in the others, but this is OK because a good man will make an effort regardless.

Guys may not say those three little words, but they show it. More men are learning how to show it.

If you can keep yourself open to the many different ways to express love, beyond simply saying “I love you,” and if you can concentrate on how every action your man makes you feel incredible, then you and your chosen will have a wonderful relationship together.

Commitment isn’t about words. It’s about the actions you take and choices you make every day. That adds up to love as well.

When Do You Know You’re a Couple?

How to Fall in Love in 4 Days

How to Make the Law of Detachment Work for You

How Long Does It Take Before Making It Official?