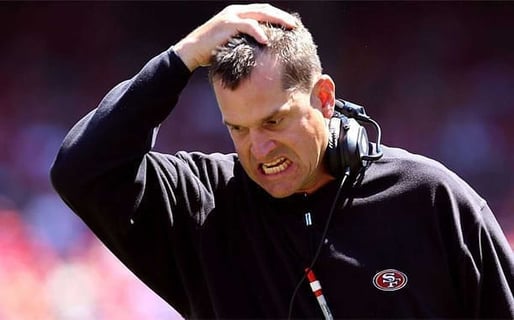 Have you ever seen the movie “How to Lose a Guy in 10 Days”? In this classic rom-com, a magazine writer takes on the titular assignment of roping in a new man and does her best to quickly drive him away by purposefully acting out all of those feminine behaviors that tell men to run, run, run away ASAP!

True, there are some women, just as there are some men, who actually do have a few screws loose in their heads. But even the most average, normal, well-adjusted woman will unintentionally drive the man in her life crazy from time to time! Some men interpret this to mean all women are secretly crazy, but in reality this friction occurs for the simple fact there are some fundamental differences between men and women.

So as you go through the following list of things you do to drive your man completely insane, take heart in the fact that there’s nothing wrong with you, and these points are little more than a matter of miscommunication.

“If you listened to a group of men complain about

women, chances are, every single one of those men would

complain about the fact that their woman nags them all the time.”

2. You never say what you mean.

Men are constantly driven crazy by the fact that you appear to tell them one thing when they mean something completely different. The irony is you always say what you mean, but the real meaning doesn’t lie in what you say but how you say it.

3. You constantly change your mind.

When a man makes up his mind, he makes up his mind and sticks to it. But you seem to change your mind every five minutes, often totally changing your opinion from conversation to conversation. Of course, you don’t do this because you’re a liar or because you’re trying to be intentionally frustrating, but simply because how you feel in the moment dictates what you say in that moment, and how you feel changes constantly.

One of the top things men wish a woman would do is tell him exactly what she wants at all times, so he can provide her with the perfect solution to all of her problems. Unfortunately for us, you seem to be far more satisfied when your man can identify what you want without asking.

5. You tell us problems and get mad when we fix them.

Women love to talk about their problems, and men love to fix problems. So where’s the tension here? Well, all you want us to do is listen to your problems and process through them with you. No matter what, it will never make sense to us. You aren’t telling us your problems because you’re seeking a solution but because you feel better when you share and express yourself.

You don’t want to nag us. You just don’t know what else to do when it’s clear we aren’t exactly inspiring you with a full expression of our masculine ability to direct our lives, and the lives of others, for a greater goal. As hard as it is to admit, if we were more focused and had greater trust that you wouldn’t nag, both men and women would be happier for it!

How to Date a Ladies Man