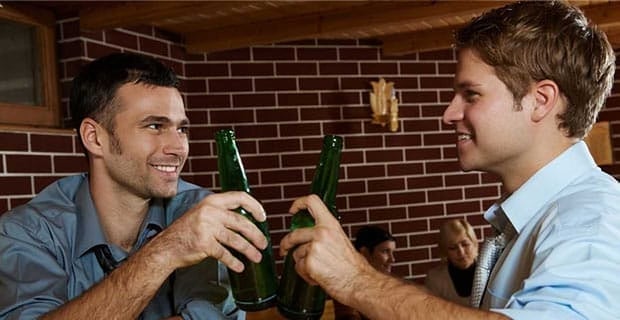 There’s a little thing we often forget about in dating called “compromise.” When you’re in the throes of new love, it’s a given you’ll spend all of your time together and jump at the chance to see each other as often as humanly possible. What inevitably happens is one of you wakes up one day and realizes much of your life revolves around theirs, while the stuff you love to do has been shoved to the back burner, leaving you almost unrecognizable.

Most of the time, it’s the female who’s guilty of dropping everything to meet his needs with no regard for her own. Not good. This is where compromise comes in.

A guy likes a girl with a backbone.

Meeting his needs while also meeting your own is key if you want to have any chance of staying together happily and of keeping your sanity. As much as you may think a guy would prefer you always putting him first and giving in to his every whim, that’s really not the case.

A guy likes a girl with a backbone and will eventually get sick of you not having your own identity. Mind you, it may take a while for that to happen, but why even let it get that far? You deserve to have your needs met, too!

Learn to give and take.

In order to keep things fair for the both of you, you’ll need to learn to give and take. Don’t be afraid of that point in the relationship when you need to start asking for something from him and saying no to always making him the center of your universe. You really can meet his needs while also meeting yours.

Instead of going to his soccer game to cheer him on every single Saturday morning and secretly resenting that he never takes you to the beach on the weekends, try suggesting you’ll keep a Saturday for yourself. Maybe you can spend the day at the beach, or you guys could make Sunday the day you choose what you’ll do together.

The key is to be there for him, do the things you can to meet his needs, and make him smile without losing yourself and sacrificing your happiness to do it. If he isn’t willing to show you the same love and courtesy, then it may be time to look for someone who will.