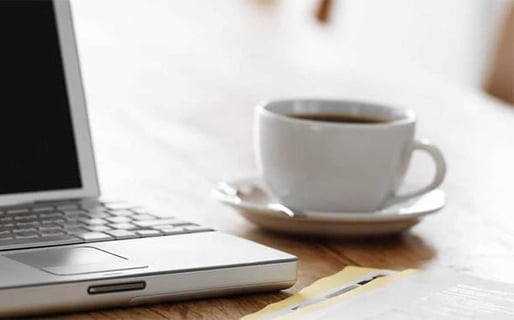 With online dating becoming increasingly common, more people without any experience in a non-traditional dating scene are giving it a shot. Logging on to a site for the first time can be a little daunting. With thousands of people all using an unfamiliar terminology, it’s understandable to feel a little overwhelmed. To avoid the shock of first time online dating, here are a few tips to help you have a better grasp on what to expect.

1. Get ready for the email onslaught.

Think back to the early days of Facebook and even further back to when you first signed up for (gasp) MySpace. Do you remember how people would just arbitrarily send you messages because they liked the same movies as you or because you kind of look like someone they went to middle school with? Their messages weren’t really spam. They were just arbitrary. That’s kind of what online dating is like. You’ll start to get at least five messages a day, and some of them will contain just a “hey” and some of them will be totally bonkers. I happened to be wearing open-toed shoes in one of my profile photos and someone messaged me and asked if I would be interested in doing foot fetish modeling for his website. For the record, I said no. Although, apparently it pays well. You’ll learn to weed out the weirdos soon enough and hopefully find the humor in it, if not a new career in modeling.

2. Prepare for the mom sigh.

You know that look your mom gives you when she doesn’t approve of what you’re doing but realizes you’re too old to discipline? Get ready for that. If it’s not your mom, it will be someone. Someone in your life is going to know, beyond a shadow of a doubt, that you are going to get Craigslist Killer-ed. While online safety is nothing to joke about, it’s still pretty unlikely that online dating will end in your demise. Be aware, absolutely. If anything feels fishy, don’t hesitate to bail, but understand with the enormous volume of couples that meet online, statistically there’s going to be some bad apples. On the upside, if you do get murdered, there’s definitely going to a Lifetime movie made about you, a fitting tribute to any life.

On a night out with friends, you might meet one guy you’re interested in getting to know better. When you’re dating online, it’s fair to expect three times that in an afternoon. While the increased pool of suitors gives you a better chance of finding someone you click with, there’s also a massive increase in the amount of rejection and uncomfortable conversations you’ll have to endure. The sheer volume can be intimidating at first, but don’t give up if you don’t find someone special immediately. Maybe the guy for you is still coming to terms with his fear of getting Lifetime movie-ed.