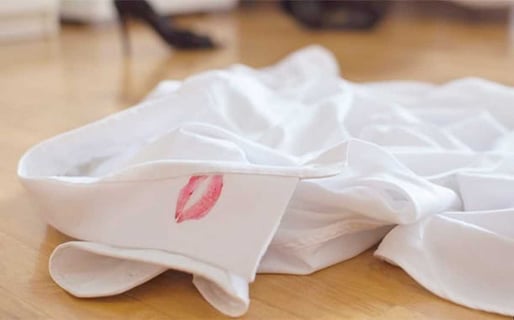 Self-report studies have found that nearly 60 percent of men cheat on their spouses (and that’s just the men with the guts to admit it!) Women cheat too, but far less than men. And most men and women cheat for different reasons.

Regardless, these reasons are sometimes unforgivable when trying to repair a relationship tainted by infidelity. But for a fortunate few, such an act of betrayal can be a unique opportunity to grow closer through the work of forgiveness and repair.

Research shows that women most often cheat in hopes of finding a better partner or relationship, not just to have an exciting slap-and-tickle.

When women aren’t receiving the emotional attention they crave from their man, they may decide to go find it elsewhere, usually from another man. Because women more often intermingle love and sex, even a stand-alone sexual relationship can lead to love.

Then there’s the occasional housewife who’s just looking for a short fling with the pool guy. But her underlying motive most likely comes from an unfulfilling relationship with her husband.

Men, on the other hand, cheat for very different reasons. For instance, some men use cheating to keep an emotional distance between themselves and a woman’s heart. Men who are more frightened of emotional intimacy than women sometimes distract themselves by getting busy — but not too close — with other women.

“While no reason for cheating is a good one, the best thing

you can do is be aware of why men and women cheat.”

There are reasons men cheat that have emotional roots.

Some men cheat because they don’t feel as much guilt as women do. One study revealed that men feel less guilt than women, so while they’re out wining and dining other women, it’s not likely that they have their partner in the back of their minds.

Some men — though not all — find it harder to empathize than women, which is one of the reasons they feel less guilt.

There’s even a gene that researchers say predisposes a few men to stormy relationships and chronic infidelity. Men with this gene get an extraordinary dopamine rush when having uncommitted sex.

Sexual dysfunction is another contributor.


While it sounds counterintuitive, sexually insecure men tend to be more likely to wander from their partner. They may cheat because they’re embarrassed, ashamed, or because they think a new partner will solve their problem.

The last man to cheat is a poor one with a wife breadwinner.

Researchers found that men are five times more likely to cheat on their spouse when they are financially dependent on them. This is most likely due to the threat to their male identity as a provider and protector.

In this case, men may go looking for a woman who fuels their male identity, perhaps a woman who’s not too independent.

While no reason for cheating is a good one, the best thing you can do is be aware of why men and women cheat. Then give a hard look at yourself and put in the effort necessary to be a loyal partner.

Is Your Boyfriend a Financial Cheater?

Should You Tell Your Boyfriend You Cheated?

The Dark Side of Sexual Chemistry