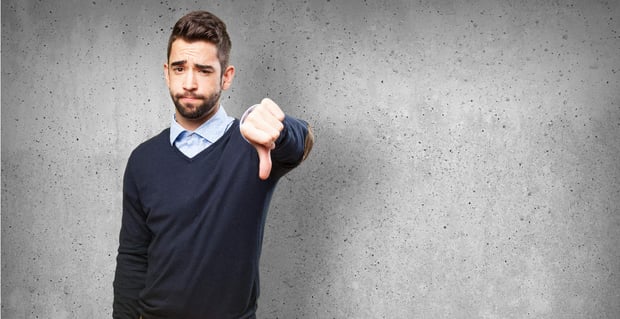 Are My Gay Dating Standards Too High? 5 Signs That Point to Yes

As a professional gay dating coach and matchmaker, I have some concerns when I meet a person who has been single for a very long time. I think that, as social creatures, we are meant to find a mate. Call me sappy, but I don’t think a person has lived their life completely without the heartfelt connection of a soul mate.

In the years I’ve worked in this business, I’ve unpacked the laundry list of attributes, both physical and emotional, clients say they want in a potential partner. When you lay out all the must-haves and dealbreakers, you may quickly realize that the pool of suitors becomes very small, and their claim of being open-minded dating is more wishful thinking and less fact.

Here are my top five reasons that your high standards may be harming you in your dating journey.

1. You Won’t Date Anyone Shorter Than You

The average American male is around 5 feet, 9 inches tall. And only 15% of American men are over 6 feet. What I find redeeming about gay men is that we are not as persnickety in regard to height preferences as females. I find that most gay men these days aren’t worried about wearing high heels and towering over their date.

Confidence is the driving force for someone concerned about height. How would you rate your confidence on a scale of one to 10? I’ve met many men over the years who were super tall and timid, and I was turned off by their personality. Bigger is not necessarily better in this case. If you’re attracted to someone and they are shorter than what you normally prefer, don’t be afraid to take the leap. You may be surprised.

2. You’re Too Picky About Your Date’s Lifestyle

Being an Angeleno for the past several years, I’ve realized that my classic low-key Southern roots can sometimes clash with the bright lights of the Hollywood lifestyle. I remember meeting men who only wanted to date someone who strictly flew first class.

Will you only date a man who travels the world a lot?

As a dating coach and matchmaker, I’ve always found it frustrating when I present a date candidate to a client, and he asks how many cars and houses the person has, as he only wants to date someone with a multiple of each. Needless to say, his matchmaking file was archived. I don’t want someone to mentally archive you.

A lot of these men mean well, but they come off as pompous and arrogant to someone more self-assured. Are you that person wanting to date someone with a certain socio economic lifestyle? My suggestion is to meet someone in the middle if you truly enjoy their company.

3. You’re Focused on Age Rather Than Compatibility

Over the years, I have been accused of being an ageist. I truly believe age is just a number. Instead, I focus on assessing a man’s maturity.

But I also believe in scientific research. About 25% of same-sex male couples have a 10-year age gap, according to some studies I have seen over the years. About 8% of all married heterosexual couples in Western countries have a 10-year or greater age gap. What that says is that the majority of the population prefers to partner with someone their own age.

Don’t you want to be able to connect with someone along the same generational lines? I believe asking the important questions on your first date is key to find that specific compatibility.

4. You Care Too Much About Appearance

Being healthy is a desirable quality in a potential match, and of course that can come with perks for personal appearance as well, but some gay men place too much emphasis on the physical aspect.

It’s OK to want to care about health and fitness, but don’t overdo it.

Not all gay men over 50 are fat slobs. In fact, there have been many times where an older gay men made me feel the size of a manatee next to his statuesque physique. My advice is if appearance is really important to you, ask what that person does to stay active. What hobbies or sports do they engage in? And, if that doesn’t fit into your lifestyle, you are batting a disappointing zero. Don’t be a fool to yourself.

5. You’re Too Independent for Your Own Good

As busy human beings, we want our potential partner to come with us on the ride of life. But a lot of successful gay men realize that they want someone to conform to their journey.

Lack of compromise in a relationship is detrimental to successful dating. Think of the last time you agreed to someone else’s way of doing something. Accommodating your partner’s point of view is what a relationship means; it’s a give and take that shows that you value your partner’s opinion. My advice is that it’s OK to want to march to the beat of your own drum, but also allow someone to drum the lead every now and then for balance.

If you are not in the habit of compromising, you will feel uncomfortable at first. But the more you practice, the stronger your communication skills will become. At some point in time, it will get easier, and the beat you create together will seem natural and ideally even. A lot of gay men think they’re too independent to make this work. They figure if someone happens to arrive conveniently on their doorstep, then that’s OK. If it happens, it happens.

My mother and father always told me that if something is important to you, then you fight for what you want. Some men don’t want to seem needy, but you can’t expect your love interest to guess what you want.

Do yourself a favor and be bold in saying what you are looking for, but also don’t be afraid to go out of your comfort zone. My mantra has always been that a relationship should be two independent parties working dependently together.

Humility and Honesty Go a Long Way in Dating

Practicing humility and honesty has helped me find success in dating. I spent years retooling my process, and it wasn’t until I realized my own mistakes that I felt I became truly attractive inside and out.

You are on unsteady ground when you base a relationship on the physical and superficial. In my own experience, the hottest guy in the room is not always the best date. And the richest and most successful guy in the room would never make time for me. I realized that dating someone older has been much more mentally compatible.

Ask yourself what things you have learned about yourself in dating. Those are the things that will almost always save you time. The most eligible guy in the room is the one who is confident in his own skin, and the one willing to admit his wrongs because he cares about you. That’s how one becomes a better Mr. Right.