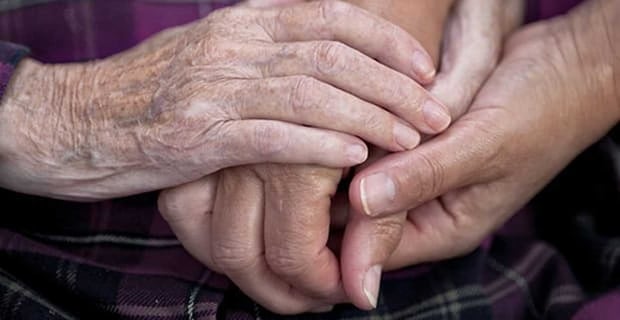 How to Date a Widow

The prospect of dating can feel difficult and intimidating enough on its own, which is why many men feel reluctant to establish relationships with women who hold on to anything that can be loosely defined as “baggage.”

Yet the older you get, and the older the women you date get, the more likely you’re going to end up meeting a woman you like very much who has nonetheless lived through some experiences that may complicate your relationship more than you’d prefer, such as the passing of their previous spouse.

Don’t let the fact that your woman is a widow prevent you from pursuing the sort of relationship you want with her. Instead, follow these tips for dating widows and follow your heart.

This experience made her who she is.

If you really like who this woman is, you need to accept the fact that the death of her spouse likely contributed greatly to her development into the person you now care so much about. It’s impossible to go through that kind of experience without changing.

Rather than seeing the death of your woman’s spouse as “baggage,” view it as a formative event that helped her grow into the woman she now is.

“If you meet a woman who happens to

be a widow, never let that prevent you.”

Never compare yourself to him.

You will never mean the same thing to your woman as her first spouse did, so stop trying to measure up to him. Because guess what? Your woman isn’t looking to use you to “replace” her late husband.

Your woman wants to be with you for a whole host of reasons that relate far more to who you are and how you contribute to her life than how you might fill the precious space in her life left by the passing of her previous spouse.

Sure, there might be little things her late husband used to do for her that you now do for her, like mowing the lawn or taking her out to the movies, but never attempt to take the place of her late husband in a manner deeper than these superficial actions.

Remember: You bring your own “baggage” too.

You may never have suffered a relationship-related loss as significant as a passing spouse, but that doesn’t mean you haven’t lived through your own defining experiences when it comes to how you approach your relationships.

I don’t say this to invite a “who suffered the worse” comparison. Such arguments are pointless due to the deeply subjective nature of emotional pain.

Instead, I bring this point up solely to make it clear that when it comes to your relationship, you are not as free-and-clear as you think you are, and there’s no saying that getting rejected by that girl you really liked in high school hasn’t caused a bigger, deeper and more debilitating scar within your heart than the passing of your woman’s husband has carved into hers.

You aren’t free from baggage. No woman you’ve met is free from baggage, so if you meet a woman who happens to be a widow, never let that fact prevent you from pursuing the relationship you want with her.

How to Introduce Kids to a New Date

How to Date Younger Women

How to Introduce Your Senior Mate to Family During Holidays

How to Date Again for Divorced Senior Men with Teens