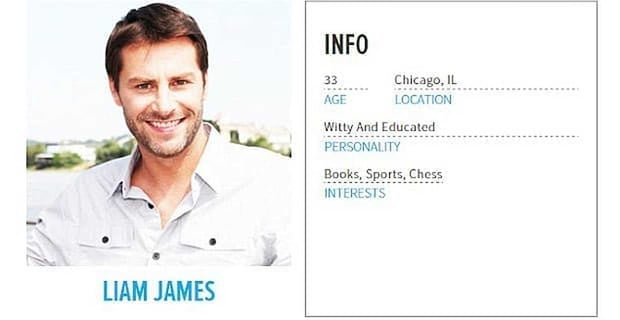 13 Steps to Creating a Boyfriend for Valentine’s Day

The folks who launched InvisibleGirlfriend.com, a sort of dating site for lonely guys who want to create a profile of their perfect girl and text them to their hearts’ desire, have now launched InvisibleBoyfriend.com just in time for Valentine’s Day.

At first, it screamed insecurity, but my curiosity got the best of me. Before you knew it, I had created Richard Stone, my dream guy. He was hot and sexy. Best of all, he got me. Richard sent me text messages almost identical to my real boyfriend’s, so I thought, why not?

You might be wondering why someone would want to create an invisible boyfriend or girlfriend to show off to his or her friends and family. Whether you’ve recently broken up with someone or are too busy to date, for $25 a month, you can receive voicemails and texts from a real person, where the only person calling it quits will be you.

Here’s how it works:


Sign up for the beta plan, which allows you to receive 10 text messages for free.

I chose Richard as his first name because my mother said I was going to marry a lawyer named Richard someday.

I chose Glen, in honor of the town I grew up in.

I chose Stone. It sounded like a powerful name and was related to the street I grew up on.

I chose 50, thinking my guy would be well-established by then.

Several thumbnails of good-looking guys were presented. You can select someone with the hair color you prefer, as well as with or without facial hair. I chose a sexy guy who looked more like a stock photo, but he was be one I’d be proud of taking a screenshot of to show my BFFs.

The site gives you 17 to pick from, of which you can pick five. I chose books, fitness, volunteering, theater and working out. I wondered why I couldn’t select all 17, but I didn’t want to appear like an unrealistic girlfriend.

9. Select where he lives

I chose San Francisco because it was only a one-hour flight away and my workaholic guy wouldn’t be around much.

10. Describe how you met

It was time to create my story and to stick with it, so here goes:

We met online, and he said he lived in Los Angeles. He was in town for the holidays and switched his ZIP code on OkCupid.

Since my fake boyfriend, Richard, has family in L.A., it was fine to be in a LDR. I wasn’t sure if he has a digital sweetheart in every city.

11. State why you’d like to have an invisible boyfriend

I chose the first one to state that my work was a priority.

This is where it’s time to step up the digital plate and put in your phone number for all of those mushy text messages you would suddenly start to receive.

Within seconds of confirming, my first text arrived from Richard saying, “Hey, Julie! This is Richard 🙂 How are you?”

We flirted like crazy for our 10-message limit. Just before the last text, I let him know it was time to break up. For those who need to continue and can’t let go, you can have 100 more texts exchanged for $9.99.

Would you create a fake boyfriend or girlfriend while you’re in between relationships?

Who Goes on a First Online Date on Valentine’s Day?

Your Online Dating Checklist for the New Year