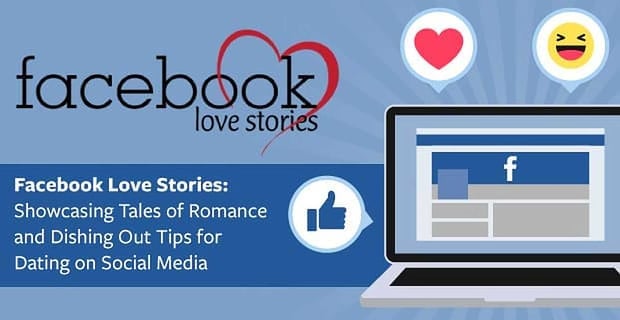 The Short Version: As an early adopter of the internet, Julie Spira has been involved in the online dating world since 1994. After gaining significant experience — both good and bad — on her own dates, she became a self-taught expert in all the aspects of online dating. She knew she could help others trying to navigate their way to romance on the web, so she created a website, CyberDatingExpert.com, to share her know-how. Julie continued coaching singles on online dating and published her book “The Perils of Cyber-Dating: Confessions of a Hopeful Romantic Looking for Love Online,” a memoir recounting her experience on 250-plus dates. In 2013, Julie launched FacebookLoveStories.com to highlight the success stories of couples who met on Facebook and to offer tips for dating on social media. Her site quickly gained traction, and, as a result, Julie has been ranked as one of social media’s most influential dating experts by the social media review site Klout.

Three decades ago, Bonnie and Josh were both dedicated young professionals working for the same advertising firm in New York City. Though the two were stationed in different departments at the firm and didn’t interact much at work, they both took the same Fifth Avenue bus home each evening. This gave Bonnie and Josh a chance to get to know each other, and they soon formed a strong friendship.

“We really enjoyed being bus buddies, sharing the events of the day and laughing through it all,” Bonnie said.

But, when Bonnie got married and left her job to raise her two children in Connecticut, she lost touch with her commuting companion.

Years later, Bonnie found herself newly divorced and looking to restart her social life. Taking her son’s advice, she signed up for Facebook and began looking up old friends — and Josh was at the top of her list.

“I sent him a message asking if he remembered me, and he responded within hours, so excited to hear from me,” Bonnie said. “Within three days, we were talking on the phone for hours at a time, and, within weeks, we made a date for dinner.”

When he arrived carrying a carrot cake and a dozen bagels, Bonnie knew Josh was going to be the one, and the two were married not long after.

“The wedding cake was a delicious Fifth Avenue bus,” Bonnie said. “Now here we are again, sharing our lives and laughing through it all. In my wildest dreams I’d never have imagined that Facebook would change my life, but it did.”

Though romantic and inspiring, Bonnie and Josh’s story is not unique. Countless couples have reconnected or have found love on Facebook, and, in 2013, Julie Spira decided to broadcast their stories to the world with her site FacebookLoveStories.com.

On her site, Julie recounts tales of couples who’ve found each other on the popular social media platform.

“I was really intrigued with the fact that Facebook can make it easy to reconnect with a long-lost love or someone you once knew,” she said. “Facebook could be the world’s largest dating platform if it wanted to be.”

Julie has always had her finger on the pulse of online dating, and, in recent years, she began noticing that more people were meeting through Facebook and other social media sites.

“I was going to weddings for couples who met through social media, and I was coaching people who were finding love on Facebook and Twitter,” she said.

She also began to realize that relationship status was the most powerful thing on Facebook.

“When people change their status to in a relationship, engaged, or married, people want to cheer on these happy days,” she said.

Julie ensures the narratives on her site depict the true stories of couples who’ve met on Facebook.

When the platform’s communications team took notice of her Cyber Love Stories feature on CyberDatingExpert.com, where she shared stories of online romance, they reached out to her to both serve as Facebook’s Valentine’s Day dating expert, and to create a site dedicated solely to stories of romance on Facebook. They knew Julie would be the perfect candidate to create such a venture. Thus, Facebook Love Stories was born.

Julie said she’s collected thousands of stories of couples who’ve found romance on social media. Some reunited with lost loves. Others connected with people who had been their secret high school crushes and whom they finally had the courage to pursue. Many met strangers either from Facebook’s recommended friends feature or Facebook groups that connect people across the world.

“I think it just gives people a warm, fuzzy feeling when they read Facebook Love Stories,” she said. “It’s nothing but happiness there.”

Julie collects her stories in several ways. Since she has a relationship with Facebook’s public relations team, she’s able to find compelling tales she may not have come across otherwise.

People can submit their success stories themselves on FacebookLoveStories.com for Julie’s consideration to be featured on the site, but not every story sent her way is published. She adheres to strict editorial guidelines.

Couples are only featured on the site if they include photos with their stories, and Julie won’t publish anything without first verifying that the couples’ identities and stories are real.

Quality is also important. Julie receives thousands of submissions, so only the best narratives make it on the site. She has a soft spot for rekindled romances, which she says are very powerful, especially since so many happen through Facebook.

A Fairy-Tale Favorite: Sophie and Trevor

While Julie adores the thousands of stories she’s shared on her blog since its inception, she told us a few stand out.

“I’d have to say my favorite story was Sophie and Trevor,” she said. “It’s a story where love crosses continents.”

The couple met in a Facebook group for Star Wars fans. Without the social media platform, it would have been an unlikely pairing, as Trevor lived in Indiana and Sophie hailed from across the pond in England. After several months of chatting and building a friendship, they decided they wanted to connect in person and see if there was a spark.

The two decided to meet in Berlin for their first date since it was a neutral city.

Julie told us she loves how Facebook brought the couple together from across the world and resulted in a happily ever after.

In addition to showcasing stories of couples who’ve connected, or reconnected, on Facebook, Julie also uses Facebook Love Stories to dole out helpful advice for dating on social media, where so many singles are already hanging out. She offers tips on everything from how to make your Facebook page more dateable to how to find love on social media.

She also writes about new Facebook features and how they impact dating. For example, Julie recently wrote about a new tool that allows users to take a break from someone temporarily. She told us this is game changer since one of the most common questions she gets is whether people should stay friends with their exes on Facebook.

When people break up, many instantly unfriend that person because they’re mad, which makes a big statement. However, some couples really just need some space and time to cool off, and they may even get back together after realizing the grass isn’t greener elsewhere.

“Sometimes there’s that in-between stage where couples break up, but maybe they just aren’t sure and they need a little time apart,” Julie said. “If you temporarily hide them, you’re not slamming the door shut.”

Julie reviews her existing dating coaching clients’ Facebook and social media pages, as well as checks on the social media profiles of their potential dates to see if they’re a match.

“You can tell a lot about someone from the photos they post,” Julie said. “Since online dating has become a social dating experience, there’s no reason for singles not to look at Facebook to find a potential love connection.”

Julie told us she’s content to keep sharing dating advice and success stories, but, for the future, she’s thinking even bigger. She’s working on turning these tales of new and rekindled romances into a television series or a movie. To keep up on the latest from Julie, follow @FBLoveStories on Twitter and like Facebook Love Stories at on the site’s Facebook page.