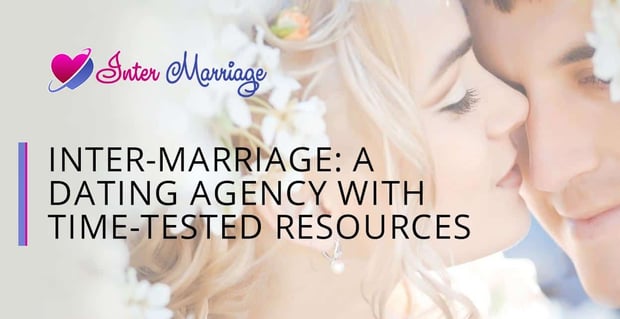 Inter-Marriage is an International Dating Agency With Time-Tested Resources

The Short Version: Since its launch in 2000, Inter-Marriage has made a name for itself as a successful international dating agency that specializes in introducing Western men to Eastern European women. Marina Fedorova founded Inter-Marriage to combat negative stereotypes and offer personalized support to genuine marriage-minded singles throughout the world.

Marina Fedorova knows the power of international romance because she lived it for herself. She grew up in a middle-class family in Russia and dated many nice local men before exploring the exciting world of international dating.

In 1999, Marina got married to a French man and moved to another country to start a new life. She currently lives in the south of France and runs an international dating agency called Inter-Marriage. She said part of her motivation to start this agency was to combat negative stereotypes regarding international marriage.

Marina Fedorova is a Slavic woman who runs an international dating agency in France.

“I did not leave my country to escape poverty and alcoholic Russian men,” she said. “I got married to a French man as I found him open-hearted, fascinating, and gentle.”

As a Slavic woman in an international marriage, Marina understands the challenges faced by singles seeking to date and marry a foreigner. She founded Inter-Marriage in 2000 to provide a support system for international daters and bridge the cultural divide between Western men and Eastern European women.

Marina works with men from all over the world and partners with Russian and Ukrainian agencies to make proper introductions that lead to real relationships and marriages.

Inter-Marriage has seen many success stories over the last two decades, and it has earned a solid reputation thanks to Marina’s compassionate and dedicated service.

Inter-Marriage markets itself exclusively to marriage-minded men and women who are willing to cross borders for love. Its clients range in age from early 20s to late 70s, but they share a common desire to broaden their horizons and find a soulmate.

“The desire to be in love and be happy is ageless,” Marina said. “Everyone deserves this happiness.”

Marina has partnered with 15 reputable agencies in Russia and Ukraine to maintain a database of authentic and sincere single women. Some of these women have children from a prior relationship, while others are just out of school and looking to start a family with the right man.

Inter-Marriage has a rigorous screening process that fosters quality over quantity.

All men who sign up as Inter-Marriage members must meet certain standards and prove themselves morally and financially capable of providing for their new wife and family. Marina only works with men who are stable and successful professionals with serious dating goals and family values.

Marina is a personal guide for single men seeking a Russian or Ukrainian bride, and she makes herself available through phone and email to answer any questions or address any concerns that may come up along the way. As a Slavic woman married to a French man, she can provide insight into the cultural differences and challenges that face international couples.

Once Inter-Marriage verifies the identity and marital status of members, it can offer an online contact portal where they can mingle with foreign dates.

All men who have created a profile on Inter-Marriage can use the site’s free test option to explore this international dating scene. The free test allows men to select up to 15 women he wants to get to know better and see how many of them are interested in him as well. The agency will forward his profile to his desired candidates, and he can read any letters the women send in return.

If the man wants to continue those private conversations, he can sign the membership agreement and pay for premium matchmaking services, including online chat and in-person introductions. According to French law, the man can wait up to 14 days to pay for his membership, and he can cancel any time within that 14-day period with no consequences.

“In short, each man has up to four weeks between the start of the free test and the subscription payment to fully understand how the Inter-Marriage agency works and to make his decision,” Marina said. “I want to work with men who have it all figured out and are motivated and positive.”

Marina urges her members to be open-minded and realistic as they go through the international dating process. She doesn’t sell them on dream dates and wild promises — she offers real opportunities to communicate with Eastern European women and build relationships that can last.

A single man can sign up for Inter-Marriage’s six-month membership or 12-month membership to expand his reach in the dating world. The site has personalized search tools and in-depth profiles to help singles pinpoint compatibility and find common ground.

Men who are members can select up to 10 women they wish to contact through the international dating agency. Inter-Marriage smooths the way to romance by translating emails, offering advice, and arranging video dates on behalf of members.

If a couple hits things off online, Inter-Marriage can arrange an in-person meeting at the woman’s hometown. The travel services include airport pickup, accomodations, and a translator, and the team makes all the arrangements for a couple’s first encounter. All clients have to do is book a flight.

Inter-Marriage promises to only promote authentic and attractive women.

Marina said she makes it a point to provide emotional support as well as logistical support to all her clients. Single men can always turn to her for advice on how to woo a Slavic woman or what to look for in a potential wife.

Marina told us she has gotten used to playing the role of counselor as well as matchmaker to help men feel comfortable moving forward with a new relationship.

“Throughout membership and well beyond, I am always there for my clients to guide them through their dating and marriage process,” Marina said. “My agency is not a dating factory. We are here to help create happy families.”

Inter-Marriage has over 20 years of success stories to back its international dating services. The testimonials have come from couples from all walks of life and offer proof that the system can work for those with an open heart and an open mind.

“The Inter-Marriage agency has been of decisive help,” said Lionel in a review. “I contacted the agency in May 2016, my wife and I united our lives in April 2017 and since June 2017 we live together in France.”

Nicolas and Tatiana met through Inter-Marriage, got married in 2012, and now have two small children.

Nicolas wrote a heartfelt letter to Marina to express his gratitude. “You have done everything in your power to listen and to empathize,” he said. “You gave me the vision and the ability to feel the emotions of our country.”

“It fills me with happiness,” Marina said. “This couple is a perfect example of why I have been doing this job for over 20 years! It’s that kind of couple that gives me the strength.”

When Marina moved from Russia to France, she encountered many troubling misconceptions about Slavic brides and international marriages. She started Inter-Marriage to prove the naysayers wrong and show people what international dating is all about.

For over 20 years now, Inter-Marriage has provided reputable services and compassionate guidance for marriage-minded singles seeking love abroad. Its quality-first approach to matchmaking has led to many whirlwind love stories and happy families all over the world.

“I know I have been involved in the creation of hundreds of couples and the birth of hundreds of children for all these years,” Marina said. “My job is beautiful, and I am proud of what I do!”