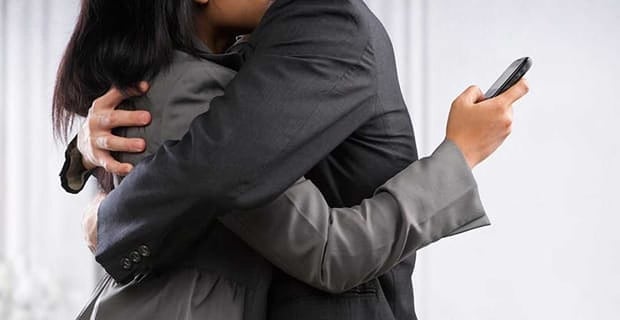 Who’s more likely to cheat — a man or a woman? Culturally, we’d normally think men are more likely to philander, but over the last couple of decades, women have been catching up to them, according to research.

A recent study from Indiana University found that when it comes to cheating, the gender gap has all but disappeared. Twenty-three percent of married men and 19 percent of married women reported having an affair at some point during their marriages.

What’s going on here? Why are women cheating more than ever?
The answer depends on which study you read. Some researchers point the blame at “infidelity overload,” the fact that more and more movie and TV plot lines feature and socially validate infidelity.

But a quick look through the cultural canon would most likely negate this theory. Unfaithful women have long been a staple in film and literature (think Madame Bovary or The Great Gatsby).

Other researchers say women now cheat more than ever due to the readjustment of gender roles over the last couple decades. Women have more social and economic power than they did fifty years ago, and high social/economic power has always been linked to cheating (if for no other reason than increased opportunity).

Additionally, researchers have also found modern men are more likely to want extreme closeness and commitment than women do, which indicates a gradual change of traditionally “masculine” traits for women and “feminine” traits for men.

However, it’s important to note that the reason for the increase might come from an increased willingness among women to be open about their extramarital activities.