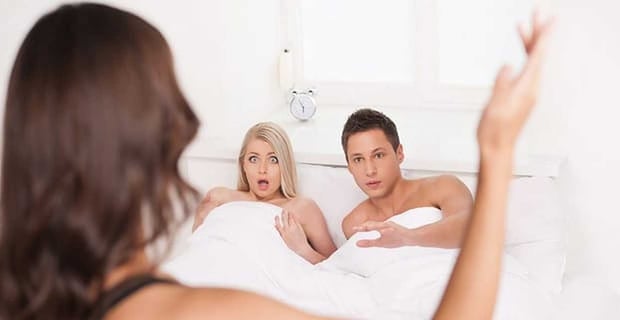 Can confessing to an affair actually be beneficial to a marriage?

It does improve the odds of avoiding divorce, according to a new study that explores the effects of infidelity.

Couples who hid their betrayal were found twice as likely to divorce within five years compared with those who faced the music.

The joint research was conducted by researchers from the University of Washington and the University of California at Los Angeles. More than 130 couples were tracked for five years, measuring their levels of satisfaction and stability through phone interviews and surveys.

Roughly 10 percent of the participating couples indicated an affair by one or both partners before the end of the study, with another 5 percent revealing the truth only after the conclusion of the initial research. Those affairs were only discovered by the researchers in follow-up calls.

“Couples who hid their betrayal

were twice as likely to divorce.”

Of the couples who revealed the truth, 43 percent were divorced by the conclusion of the research. However, among those who did not come clean, 80 percent had divorced.

Among couples where cheating occurred, it actually went unrevealed only in about one-fourth of the cases. In the other instances, the infidelity was revealed either during the research or before it began.

Furthermore, couples who had faced this truth were found to have similar levels of satisfaction in their relationship and comparable marital stability as couples with no history of cheating.

“Infidelity does not have to be the end of the relationship,” the study reads. “It is clear that couples are able to work through an infidelity, restore their relationship and enjoy a stable and satisfying marital relationship.”

The research was published in the journal Couple and Family Psychology.