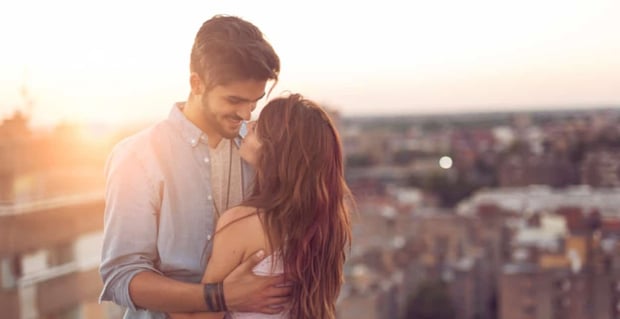 The trophy wife is a concept that causes some to roll their eyes, while others see it as another part of the American dream.

But does that shiny new bride guarantee a higher level of marital bliss? And does the same carry true for handsome grooms?

New research, which was published in the Journal of Personality and Social Psychology, hopes to offer some insight.

A group of psychologists interviewed 450 newlywed couples over a four-year period. They wanted to understand if an attractive spouse, either husband or wife, offers a higher level of marital happiness than someone less attractive.

Researchers found the attractiveness of a spouse can play a role in how content their partner is, but mainly among the husbands. Wives were not found to be as impacted by the beauty of their other halves.

“The attractiveness of a spouse can

play a role in how content their partner is.”

Word that men find greater value in a beautiful partner might not be all that surprising, but the study’s authors found that effect can also bring greater marital satisfaction to the trophy wife, though somewhat indirectly.

The belief is with a husband so thrilled over his life partner, he is more likely to treat her well and attend to her needs. As such, attractive wives reported higher levels of marital satisfaction.

As study author Benjamin Karney puts it, “The husbands seemed to be basically more committed, more invested in pleasing their wives when they felt they were getting a pretty good deal.”

Karney also pointed out men who consider themselves more attractive than their wives were less likely to dote on them.

“They didn’t seem to be quite as motivated to help out their wives,” he said.