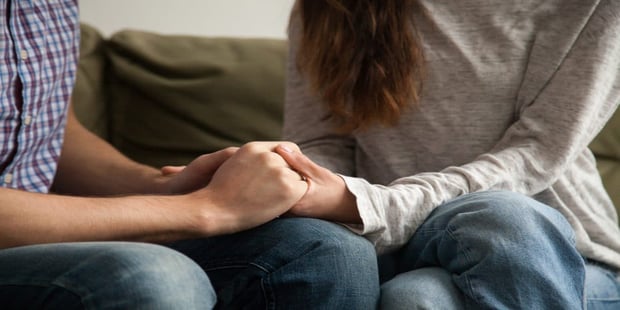 How important are shared interests in a relationship? Having things in common is frequently mentioned when people are asked which traits they look for in a potential partner.

However, we wanted to understand the breakdown a bit better.

In our latest study, 50 percent of Americans said having things in common is their top quality when looking for a mate. Other qualities included money, looks and a sense of humor.

While men and women were pretty evenly split at 51 percent and 48 percent, respectively, the results show it’s homosexual Americans and older Americans who say commonality is what they seek most when dating.

“Fifty percent of Americans said having

things in common is the top quality.”

DatingAdvice.com women’s dating expert Rachel Dack said she’s not surprised that commonalities ranked highest among all other traits in the study, as Americans emphasize them as a culture.

“Similar values, lifestyle preferences and interests are important aspects in healthy relationships,” she said. “It also makes sense that older Americans were more likely to rate this quality much higher compared to younger Americans due to the stages of human development, aging process and the tendency for our elderly population to value companionship over other relationship qualities.”

Having things in common also appears to be slightly more popular in the South. People living in states like Mississippi and Alabama were 23 percent more likely to seek this quality compared to people living in Midwest states like Indiana and Wisconsin.

Among the least likely groups to select things in common as their number one partner quality was Asian-Americans and low-income earners.

In terms of income, those earning between $25,000 and $49,999 a year had a 17 percent lower likelihood of choosing things in common as the most important trait they look for in a romantic partner than those earning more than $125,000 annually.

The Breakdown: Americans Who Look for Things in Common

VisitDatingAdvice.com/Studies for more research on dating and relationship topics.

12% of Americans Say Morality is Their #1 Partner Quality