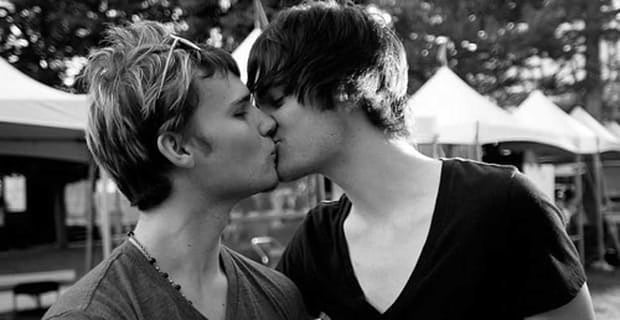 Gay love has always been questioned by its morality or even its very existence. Whether being intolerant or just stubborn, many still view the idea of two men falling in love as something of a Hollywood concoction.

Yet new research is challenging those beliefs, finding the love shared between gay men is remarkably similar to that experienced by heterosexuals.

Researchers from Indiana University at Bloomington and George Mason University collected survey data from nearly 25,000 gay or bisexual men for their report.

Each subject was a U.S. resident who had joined one or more websites where men connect with other men, either romantically or sexually.

They found gay men have the same capacity to want love and offer love as heterosexual men and their sexual orientation does not appear to prevent such.

Ninety-two percent of the men surveyed indicated being in love with the person they had their most recent sexual encounter with.

According to the study, these are comparable results to when the same question is put to straight men.

to that experienced by heterosexuals.”

Additionally, the study found the most common age for gay men to fall in love with a male sexual partner is in their 30s.

When surveyed about how well their feelings of love connected with those of their partner, 91.2 percent described them as matching.

In another response that was found quite similar to heterosexuals, gay men who reported being in love were also more likely to report being satisfied with their lastest sexual experience compared with those who were not in love.

The study, titled “What’s Love Got to Do with It? Examinations of Emotional Perceptions and Sexual Behaviors Among Gay and Bisexual Men in the United States,” was published in the Archives of Sexual Behavior.

1 in 10 Men are Seeking “Non-Gay” Men on Craigslist