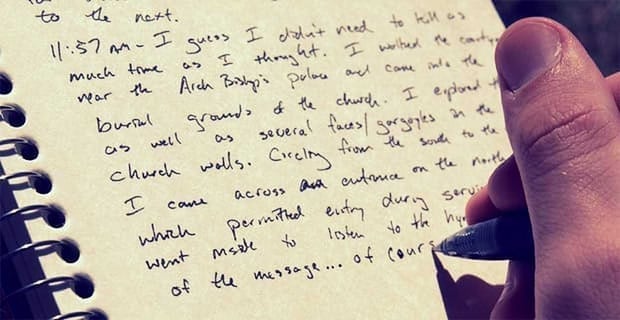 Journaling May Prolong Distress After a Breakup

Think pouring your feelings on paper after a breakup will help you get over your ex? Think again. A new study suggests journaling after a breakup may actually prolong the emotional distress.

Conducted by University of Arizona researcher David Sbarra, the study originally meant to determine what form of personal journaling helped individuals get over severed relationships faster. However, Sbarra found the journaling he proscribed didn’t seem to help everyone get over their relationship.

“Journaling keeps the person focused on the

The study examined 90 individuals who physically separated from their partner at least three months prior to the study. Certain participants were instructed to journal their feelings through unstructured emotional writing, others were instructed to use a form of journaling known as “narrative expressive writing,” and a third control group was instructed to write about their day without putting down any of their opinions or feelings.

“I think many, many therapists have a tendency to believe that journaling unequivocally is a good thing to do, especially when people are trying to figure things out in their head. If a person goes over and over something in their head, and then you say ‘Write down your deepest darkest thoughts and go over it again,’ we will intensify their distress. If you’re someone who tends to be totally in your head and go over and over what happened and why it happened, you need to get out of your head and just start thinking about how you’re going to put your life back together and organize your time. Some people might naively call this avoidance, but it’s not avoidance; it is just re-engagement in life.”